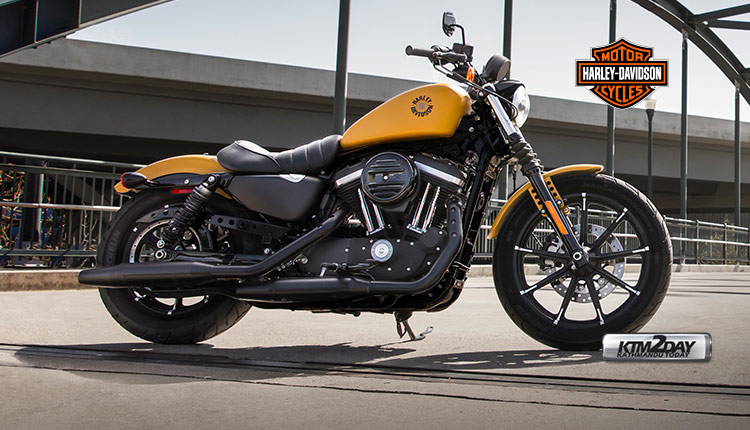 Harley Davidson Iron 883 has been unveiled at the Nada Auto Show 2018 which is being held till the 16th of September.

The Iron 883 is an entry-level cruiser and is assembled in India. This one has more sporty credentials and as the name suggests is the recipient of an 883cc 4-valve engine that produces 50bhp. The six-speed gearbox transmits power to the rear wheel via a transmission belt. A tubular steel frame forms the basis of the motorcycle and it gets a 100/90 B19 tyre at the front and 150/80 B16 tyre at the rear. The bike weighs in at 260kg and is available in three colours vivid black, big blue pearl and black denim. 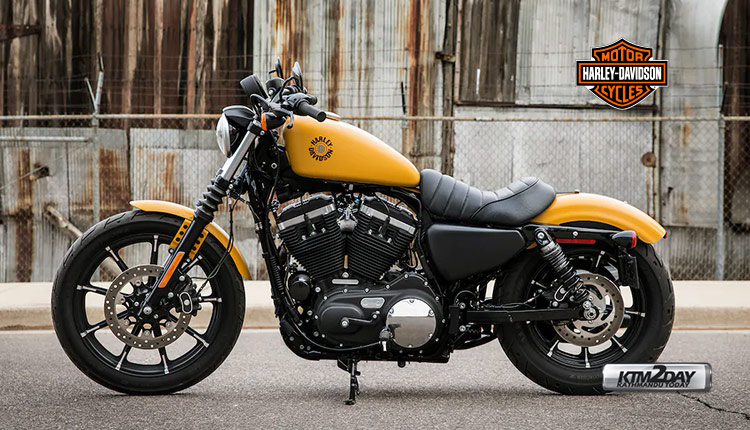 The Iron 883 used to be the stepping stone to that all-hallowed brand from Milwaukee, but with a younger, more affordable brand in the Street series taking on that role, the Iron 883 now assumes the role of the middleweight cruiser and the entry to the Dark Custom family.

The Iron 883 sticks to the Sportster philosophy and gets an unadulterated and clutter-free design. The peanut-shaped tank gets a clean design with the manufacturer’s name in bold lettering. With a blacked-out exhaust, frame and wheels, the use of chrome has been kept to a bare minimum. The front-biased riding stance also complements the Iron 883’s sporty character. It gets an LCD display in the instrument cluster which shows the gear position, revs and other details. A switch facilitates scrolling through the menu on the display.

As the name suggests, the Iron 883 is powered by an 883cc V-twin engine, which produces 50bhp and 69Nm of torque. A part of the Evolution family of engines, this air-cooled engine is mated to a five-speed gearbox that transmits the power to the rear wheel through a belt drive. Built around a tubular steel frame, the Iron 883 rides on conventional telescopic front forks and dual springs at the rear.

The Iron 883 is available in three vivid paint schemes – olive gold, charcoal denim and black denim. It competes with other middleweight motorcycles like the Triumph Street Twin, Suzuki Intruder M800 and the Hyosung ST7. The Iron 883 is priced at NRs. 45,00,000(actual price Rs.45,85,000) for a limited time only. 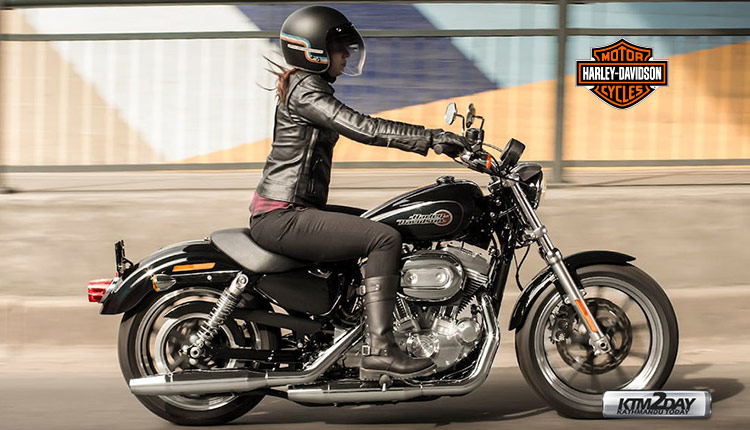 Alongside the Iron 883, Harley Davidson Superlow is also available as a display model . 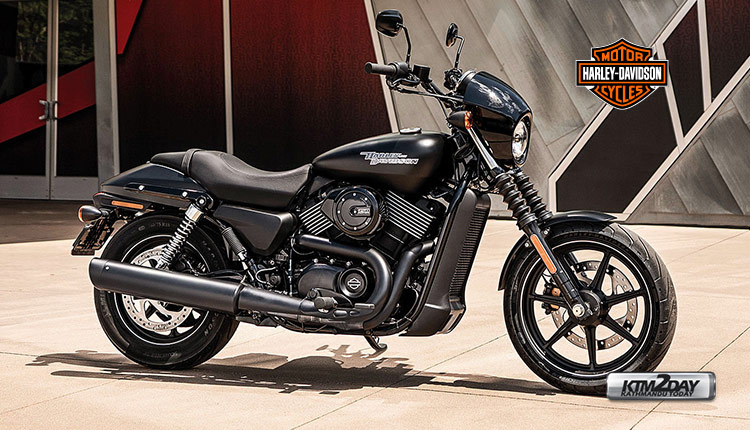 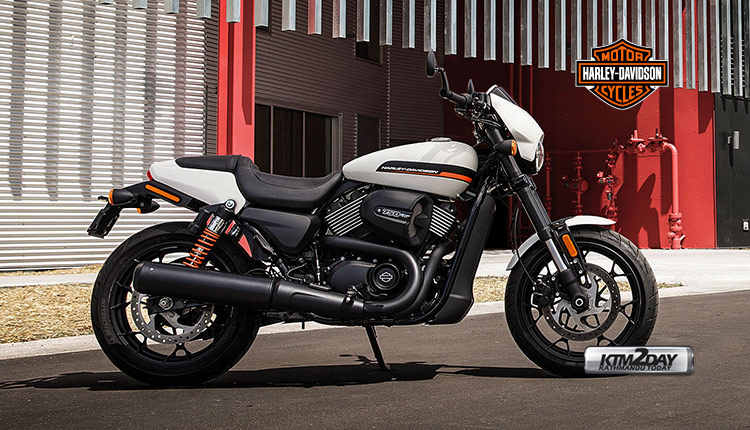