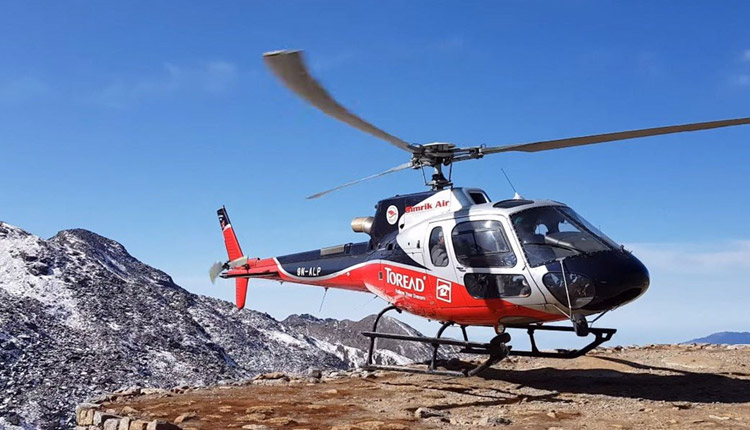 The Civil Aviation Authority of Nepal has made it mandatory to have two helicopter pilots while flying a VIP passenger specified by the Government of Nepal.

After the meeting of the Board of Directors of the Civil Aviation Authority of Nepal chaired by the Minister of Culture, Tourism and Civil Aviation Prem Bahadur Ale, the authority issued a press release stating that helicopters on domestic flights of Nepal should have two pilots while flying a VIP passenger.

Similarly, NEA has also made it mandatory to have two pilots as prescribed by the automated system. At present, there are 11 helicopter companies in Nepal, including 10 private and one government of Nepal.

CAAN has also decided to move the helicopter and the aircrafts out of Kathmandu as the parking capacity is full at the Tribhuvan International Airport in Kathmandu.

The decision will come in force from June 21 for helicopters and from June 27 for planes, CAAN Director General Pradip Adhikari said.

Similarly, helicopters have to spend the night at the designated airports outside Kathmandu from the 7th of this month and make the first flight from those airports mandatory.

Stating that there is lack of space for parking of helicopters and aircrafts, the Civil Aviation Authority of Nepal has decided to make it mandatory for 14 helicopters to park outside Kathmandu for ‘night-stop’ parking from now on.

According to the CAAN, there are 36 helicopters in Nepal. Helicopters and airlines will no longer be allowed to park more than the prescribed number of aircrafts at the Kathmandu airport.

The Civil Aviation Authority of Nepal (CAAN) expects that this equitable decision will make it easier for the people of the state to come to the central capital on time as per the spirit of federalism.