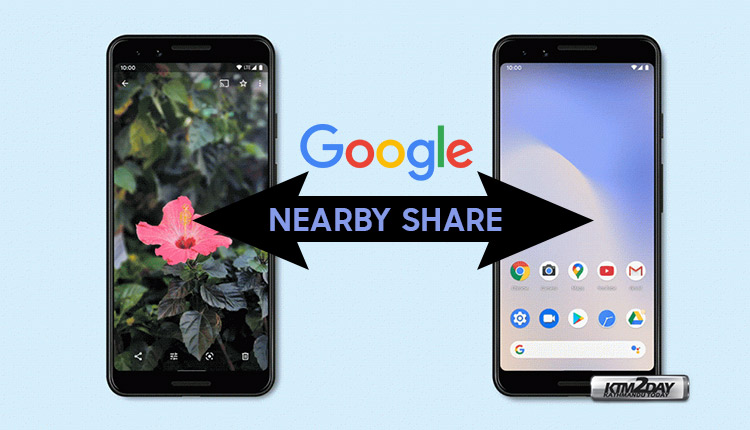 After several weeks of intensive testing, behold, one of the most anticipated features of Android has finally arrived. Google today announced the launch of Nearby Share, a feature similar to the acclaimed AirDrop.

As with the Apple service, Nearby Share allows for quick and simple file sharing between devices. With just a few clicks, it will be possible to share with those who are nearby you.

This feature will simplify the process of sharing files and links between Android users. After selecting what you want to share, Nearby Share will appear in the Share menu. Then just select the person who you want to share the file with.

Once you complete these steps, the recipient will be notified and will have the option to accept or refuse to send the file. Once the transfer is accepted, Nearby Share will choose the protocol to carry it out.

It will be possible to share information via Bluetooth, Wi-Fi or WebRTC. This means that you do not need to be connected to the internet for this feature to operate. You just need to be nearby the user with whom you want to share the file.

Since this works by proximity, Google has taken steps to ensure stakeholder safety. You can remain invisible, visible to all contacts or just to some. This ensures that you will not receive files from a stranger.

For now, this feature is limited to Android smartphones. In the coming months, Google promises to extend the service’s compatibility to Chromebooks. We still have no indication of when it will arrive on Windows, Mac and Linux.

When will it arrive on your smartphone

Google announced that Nearby Share will begin to be available today for selected Samsung and Pixel phones. However, it did not specify which models are elected.

There is also the promise that more smartphones will join the batch of supported phones in the coming weeks. The compatibility of device with Android 6.0 Marshmallow and above has been confirmed, but the form of availability is unknown.