Following the recent announcement of its move into E-Mobility and the E-Pilen Concept electric motorcycle, Husqvarna Motorcycles unveils the Vektorr Concept, an eco-friendly offering that brings the future of personal urban transport into the present.

The Vektorr Concept is the first electric scooter ever produced by Husqvarna Motorcycles and is aimed squarely at the urban commuter who demands a compact, stylish and effective personal transport solution to fit their busy lifestyle. Styled and ridden like a conventional scooter, the Vektorr Concept will deliver a top speed of 45 km/h and offer a range of up to 95 km.

The Husqvarna Vektorr is based on Bajaj’s Chetak which is a new electric scooter that has been available in selected Indian cities for some time now. You will not be able to see the connection at first glance, since the Vektorr has an angular, monoblock-like body in the typical Husqvarna way. The round headlight (equipped with an LED DRL ring) stands out from the angular panels and the subtle black and white paintwork is enlivened using fluorescent yellow accents on the sides and pinstripes on the wheels. 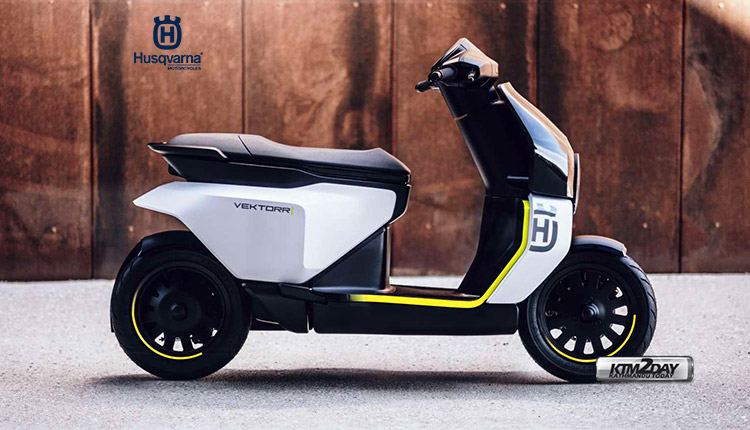 However, if you look closely, you’ll see the Chetak elements such as the single-sided rear suspension with wishbones, the single-sided swingarm, a mono rear shock absorber and an engine mounted on the swingarm. The transmission sends power to the wheel (without chains – or belt drive) and also features a 12-inch alloy wheels and a round digital instrument panel.

The Husqvarna Vektorr concept has a range of up to 95 kilometers when fully charged – just like the Bajaj Chetak (in Eco mode) – and a limited top speed of 45 km / h. For perspective, the Bajaj Chetak can reach speeds of 70km/h in sport mode, but this reduces the range to a maximum of 85km.

No other technical specifications have been released at this time, but it is safe to say that the Husqvarna Vektorr is likely to reflect the Chetak under the skin and has the same 3 kWh lithium-ion battery and a 3.8 kW engine of 4.1 kW and a torque of up to 16 Nm. The charging times should also be similar. It takes about five hours to fully charge.

The stock Vectorr will likely come with a disc brake for, but only with a combo braking system instead of ABS, along with driving modes, Bluetooth connectivity and an inverted mode as we saw with the Chetak.

The Husqvarna Vektorr will go into production in early 2022 and will be produced at the new Bajaj plant in Chakan, where the company also manufactures premium models of KTM, Husqvarna and Triumph as electric two-wheelers.

As soon as Bajaj can meet the demand for the Chetak, the Husqvarna Vektorr will also be launched in the market. However, Vektorr won’t come cheap  – at the moment, the simplest Chetak itself costs INR 1.43 lakh (ex showroom), and the Husqvarna will almost certainly be priced over INR 1.5 lakh because of its connection to a premium brand. 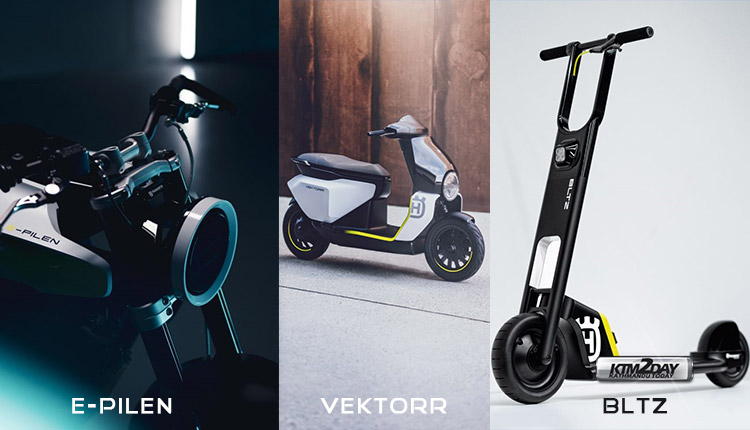 Alongside the E-Pilen Concept and the Vektorr Concept, Husqvarna Motorcycles’ also unveiled it’s Bltz Concept mobility. Progressive, innovative, stylish and unique, these values will be applied across the E-Mobility range.

The Bltz Concept makes convenient, clean travel easy with a stand-up scooter. The rider stands on the Bltz Concept, which offers rapid transit from point A to B in busy city environments in a noise and emissions-free package.