Nvidia took advantage of the beginning of September month to announce the new generation of GeForce graphics cards , with the models – RTX 3070, 3080 and 3090. The new GPUs take advantage of the Ampere architecture, which promises performance up to twice as high when compared to what was possible in the past generation.

Switching the Turing base architecture to Ampere resulted in new processors that can double the output of the FP32(floating-point), reaching up to 30 teraflops of raw performance and also doubling what could be delivered in cores for ray tracing in the RTX series 20. In the Tensor cores the number of teraflops was up to 238 and this number promises a more efficient job in artificial intelligence tasks, as in Nvidia’s own DLSS. 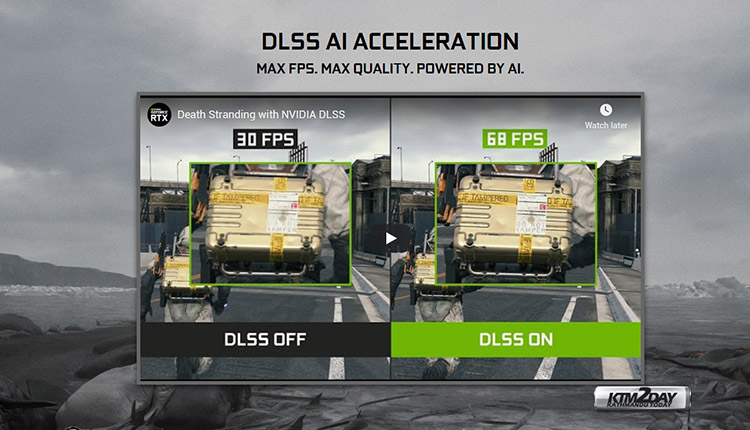 Another change is in the GDDR6X memory that is present in the entire RTX 30 line and that guarantees a speed close to 1 TB per second in memory bandwidth for graphics card applications – it is basically twice the speed of the GDDR6 present in the GeForce RTX 2080 Super.

The GeForce RTX 3090 is the most powerful model of the trio, which promises to be 10 times quieter and 50% faster than the top model Titan RTX available on the market, while managing to keep the GPU 30 degrees less hot with its coolers. It has 26 GB of GDDR6X and Nvidia promises 60 frames per second in games that run in 8K resolution. 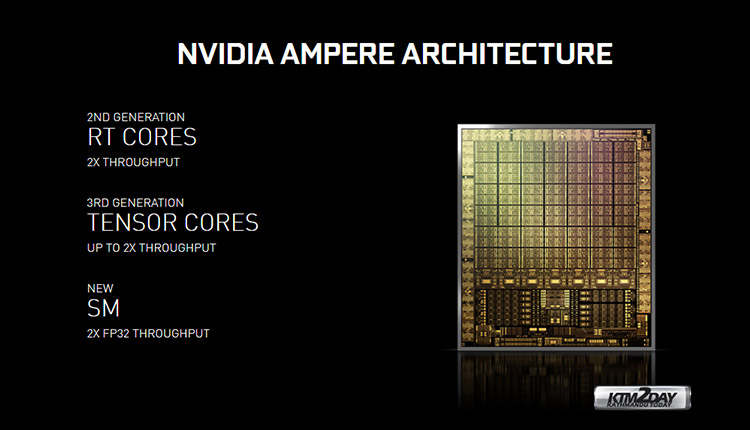 All Founders Edition models feature a cooling system with twice the performance and less noise, a new 12-pin power plug (with adapter for the 8-pin plugs), bring an HDMI 2.1 port to send up to 8K signal with HDR and work with AV1 codec inside the hardware itself.

In addition, the new cards use some new technologies such as Nvidia Reflex that promises to reduce latency in games by 50%, along with the Broadcast plugin that improves the quality of audio capture from the microphone and webcam, with the guarantee of removing further external noise and change the background more easily. 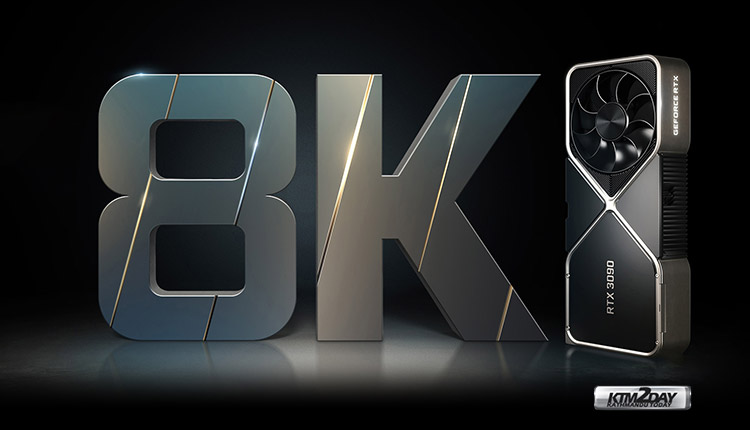 The three new GeForce RTX 3090, 3080 and 3070 will be available from several brand partners such as Asus, EVGA, Colorful, Gainward, Galaxy, Gigabyte, Innovision 3D, MSI, Palit, PNY and Zotac, which can alter some aspects such as delivering a bigger clock or add more features. The launch of the GeForce RTX 3080 will take place on the 17th of September, followed by the RTX 3090 on the 24th of the same month and the RTX 3070 arrives in October.