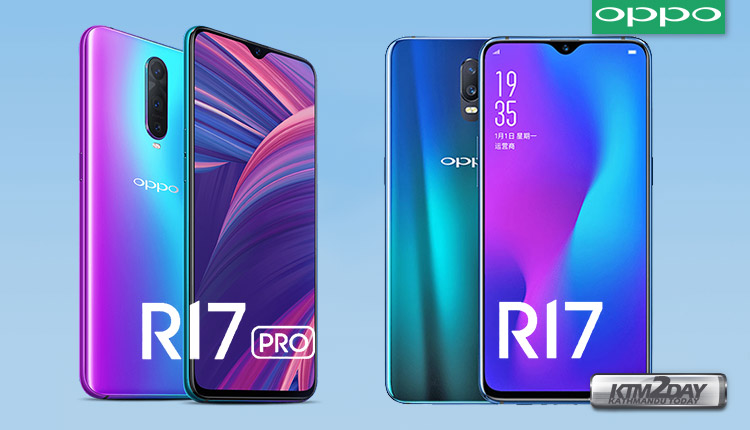 Looking at the price across the border, the price is still too high with a margin of over Rs.10,000.

In terms of specification , the R17 Pro is only slightly better than the newly launched Vivo V15 Pro but comes at a fairly high price . At a price of a flagship phone the R17 Pro has a new mid-performer Snapdragon 710 processor that gives acceptable performance. With triple rear camera setup that comes with optical image stabilization and ultra-night mode, the device was advertised as one of the best camera smartphone in the market.

Oppo’s upcoming smartphone could be a better specced alternative for the price to feature ratio that comes with a new innovative camera technology. The Oppo F11 Pro is set to come with pop-up selfie camera speculated to come under NRs 50,000.

Price, Specs and feature wise this device stacks side by side with the Oppo F9 Pro, hence the pricing should have been in the range of Rs. 45-50K .

The Oppo R17 Pro has a screen with a very small notch in the shape of a drop of water and an aesthetic very similar to that of the Oppo R17, including the color scheme that looks like the Huawei P20 Pro.

On the back, the Oppo R17 Pro has three camera lenses: a main objective of 20MP, a secondary objective of 12MP and a lens of “3D stereo camera”. This last camera will not only be used for better photographs in “Portrait” mode but also for other Augmented Reality applications. As for the fingerprint sensor, it is integrated into the screen itself as the R17. Simply put your finger on the AMOLED panel in the desired place and unlock it.

Another really interesting thing about the Oppo R17 Pro is its battery – or rather, “batteries” – as it has two batteries: both with a capacity of 1,850mAh for a combined equivalent of 3,700mAh.

By working together, Oppo says that the maximum power load is close to 50W and, therefore, a load of 40 percent is achieved in just ten minutes. It is not clear if one battery is spent first and then the other or if both batteries are discharged/charged simultaneously.