This new model has some interesting improvements when compared to its predecessor Realme 5.

Perhaps the company’s most interesting mission is to compete directly with one of today’s most popular mid-range smartphones, the Xiaomi Redmi Note 8. However, it will all depend on the type of user, as both smartphones feature very high specifications and is offered at a appropriate price tag. 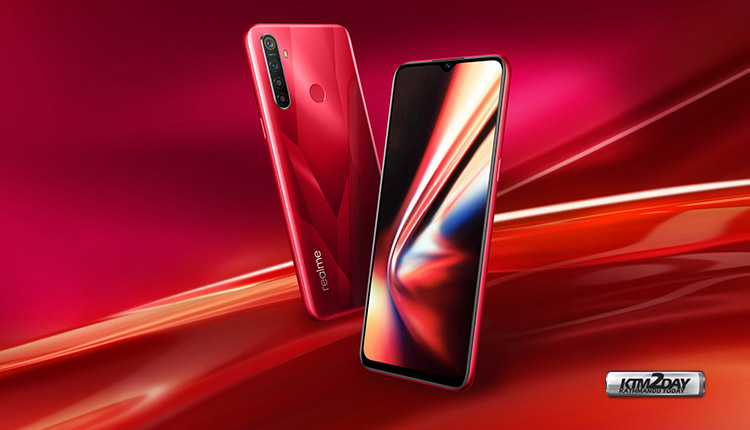 The Realme 5s features a 6.5-inch HD+ (720 x 1600 pixels) display with 89 percent screen-to-body ratio and Corning Gorilla Glass 3+ protection. The phone is powered by the octa-core Qualcomm Snapdragon 665 SoC clocked at 2.0GHz, and it is paired with 4GB of RAM.

The device comes in a set of 64 GB and 128 GB of internal storage which can be further expanded upto 256 GB via a microSD card. 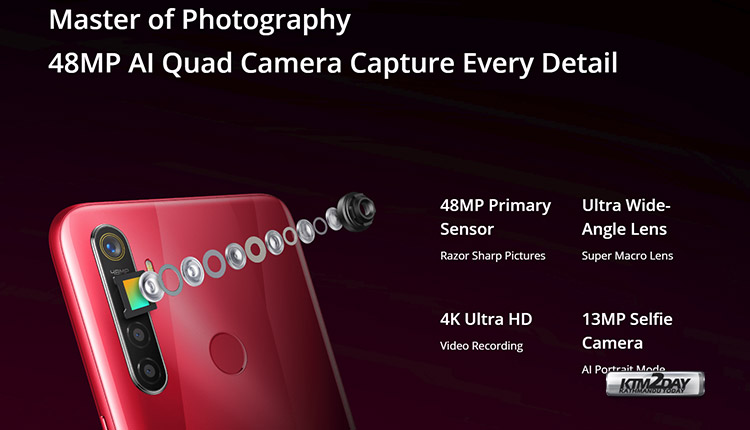 Just like the Redmi Note 8, this device packs a quad-setup camera on the rear and features a 48-megapixel primary shooter that employs the Samsung ISOCELL GM1 sensor with an f/1.8 aperture. It is assisted by an 8-megapixel wide-angle shooter with 119-degree (±1.5-degree) field of view and an f/2.25 aperture, a 2-megapixel macro lens with an f/2.4 aperture, and a 2-megapixel portrait camera with an f/2.4 aperture. On the front is a 13-megapixel selfie snapper that supports HDR, AI Beautification, and Time Lapse features.

Talking about features, the Realme 5s brings Super Nightscape 2.0 for low-light photography and can shoot 4K videos at 30fps while slo-mo 1080p videos max out at 120fps. 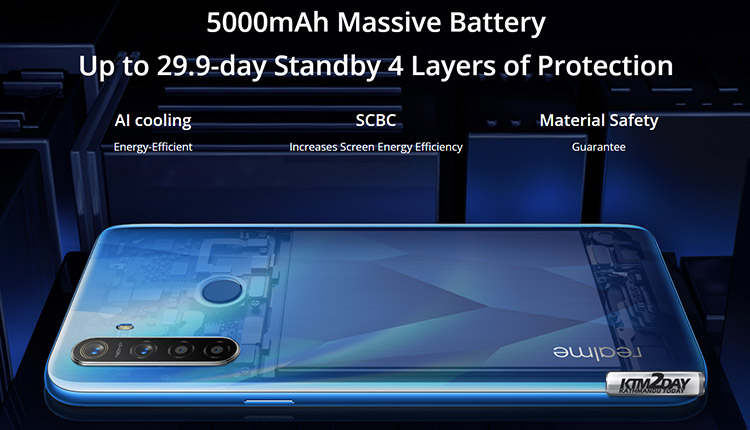 It comes equipped with a 5,000 mAh battery that is claimed to provide a standby and video watching time of 718 hours and 12 hours respectively.

Realme’s latest offering comes with a splash-resistant build and boots Android Pie with ColorOS 6 skin on top that offers features such as AI Freeze and Screen Battery Optimization Mode to name a few. 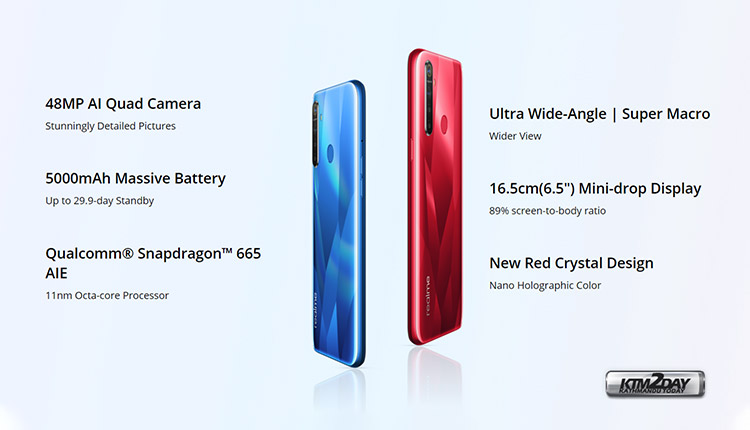