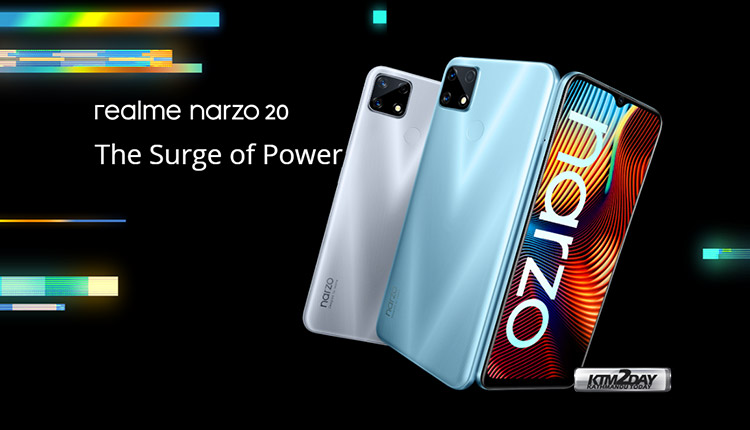 Realme‘s Narzo series was first presented with the models –  Narzo 10 and Narzo 10A, but the company today launched it’s second iteration with models – Narzo 20 , Narzo 20 Pro and Narzo 20A.

After launching the premium model Narzo 20 Pro the company presented standard model Narzo 20 which purely represents the lower mid-range segment and is prepared to compete straight against the Xiaomi’s latest offerings from the Redmi 9 series of devices.

The Narzo 20 stands out for it’s battery capacity, which is the largest amongst the Narzo 20 series of devices launched today. It comes equipped with a 6000 mAh battery capacity which also supports fast charging and additionally features a super power-saving mode.

The Narzo 20 comes with 6.5-inch LCD IPS screen with HD+ (720×1,600 pixels) display with a 20:9 aspect ratio. There’s a cutout on the screen with a water-drop style notch to house the front selfie camera. 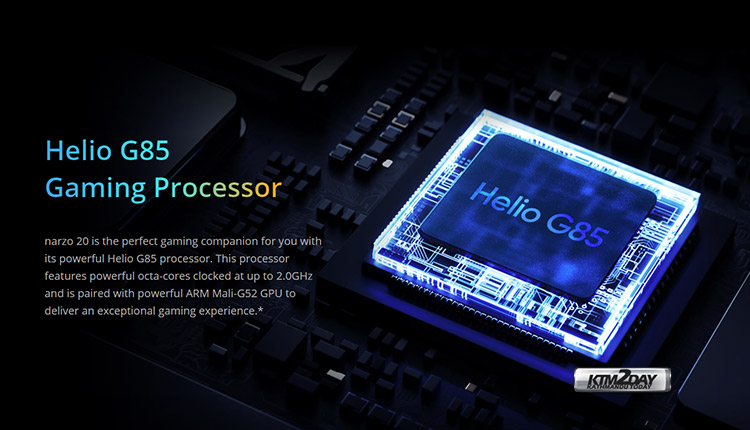 Under the hood, there is an octa-core MediaTek Helio G85 SoC, along with 4GB of LPDDR4x RAM. The Realme Narzo 20 comes in 64GB and 128GB of onboard storage options that both support expansion via microSD card (up to 256GB) through a dedicated slot. 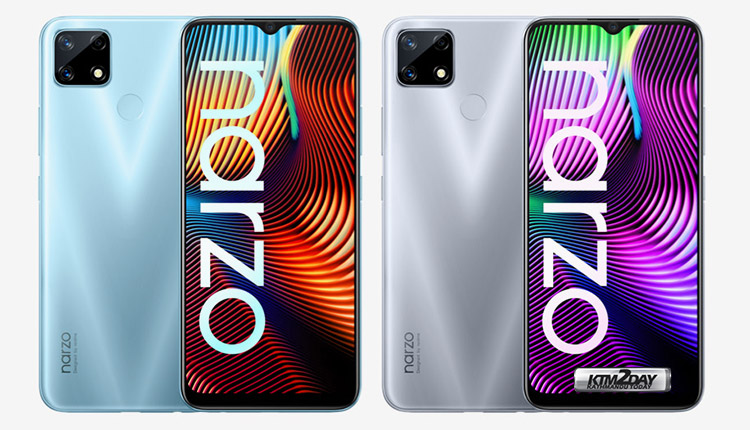 Connectivity options include 4G VoLTE, Wi-Fi, Bluetooth v5.0, GPS/ A-GPS, USB Type-C, and a 3.5mm headphone jack. Sensors on board include an accelerometer, ambient light, magnetometer and a proximity sensor. There is also a fingerprint sensor on the phone. 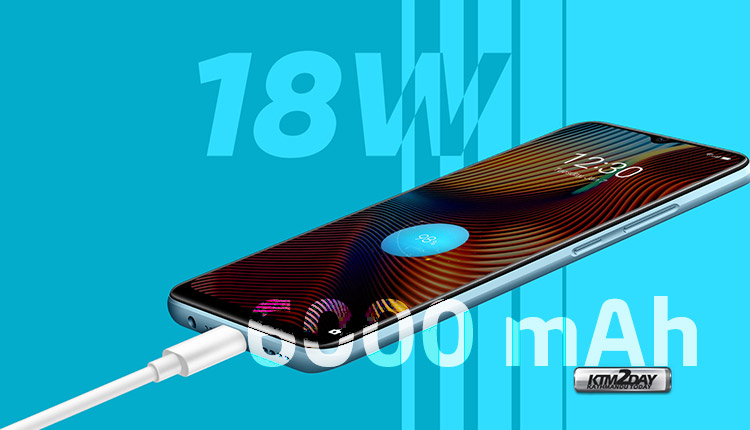 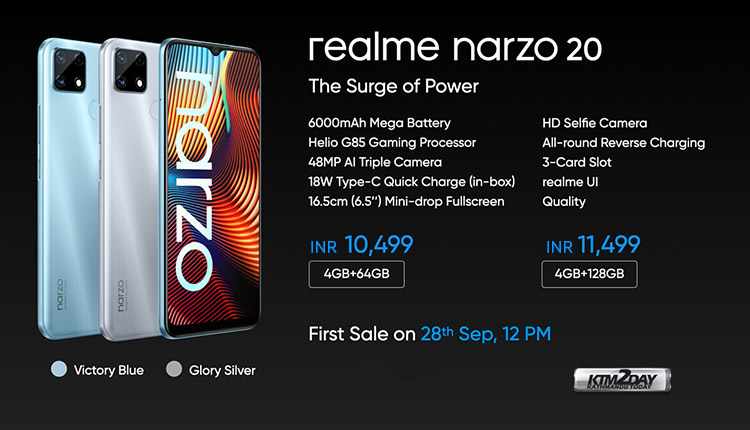 The Realme Narzo 20 has been initially launched in Indian market at the prices listed below. The phone may be launched in Nepali market soon.