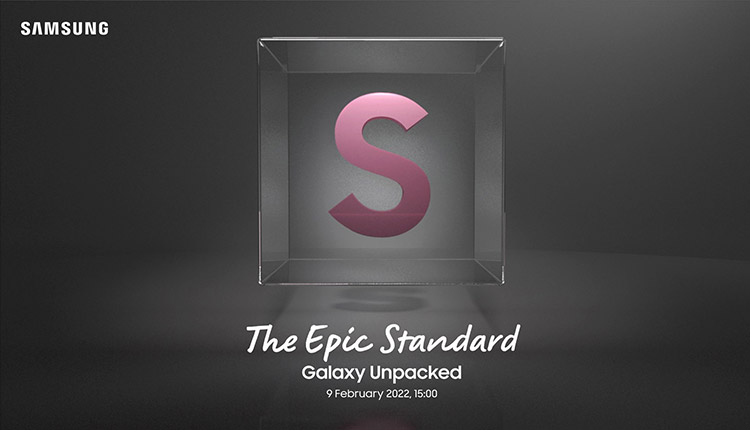 The Galaxy S22 series of smartphones is expected to be unveiled during Samsung’s Galaxy Unpacked event in February, which has been confirmed by the company. The South Korean tech giant has yet to announce an official date for the event, but a recent leak reveals that it could take place on February 9.

Galaxy S22, S22+, and S22 Ultra are expected to be part of the future lineup. For the first time, the company has begun taking pre-orders in the United States.

Galaxy Unpacked event date and time have been revealed by a tweet from tipster Evan Blass (@evleaks). February 9 has been listed as the date for Galaxy Unpacked 2022, according to the poster. The poster gives a time of 3 p.m. as the start of the event, but it’s not clear to what time zone it refers. The tagline on the poster reads, “The Epic Standard.” Galaxy Unpacked 2022 is yet unconfirmed by Samsung, however the latest leak is consistent with past predictions.

Even though Samsung confirmed the upcoming Galaxy Unpacked event earlier this month, the company did not provide an official release date.

A recent teaser from Samsung’s President and Head of MX Business, TM Roh, hinted to the upcoming debut of the Galaxy S22, calling it the most “notable” Galaxy S-series offering yet. For the next Galaxy Unpacked presentation, Samsung has put out a teaser for the occasion.

Aside from the Galaxy S22+ and Ultra, the forthcoming Samsung flagship line-up is rumored to contain the vanilla Galaxy S22 model.

Depending on where they go on sale, the Snapdragon 8 Gen 1 or Exynos 2200 CPUs are expected to be inside. Up to 12GB of RAM and 512GB of storage are rumored to be included in the gadgets. The Galaxy S22 Ultra is rumored to include a S Pen.