Turkish Airlines will start direct flight from Istanbul to Dallas of the United States. Dallas, the third largest city in Texas and the ninth largest in the United States of America, is the main business destination of the country.

Turkish Airlines has stated that it will operate four flights per week to Dallas-Fort Worth (DFW) next month starting from September 24 . Flights from DFW to Istanbul Airport take about 14 hours each.

The addition of this route could also be of benefit to lot’s of Nepalese living in and around Texas who can get to Istanbul and land in Kathmandu in just one stopover. Flights from Istanbul to Kathmandu takes another 7 hours and 40 minutes. 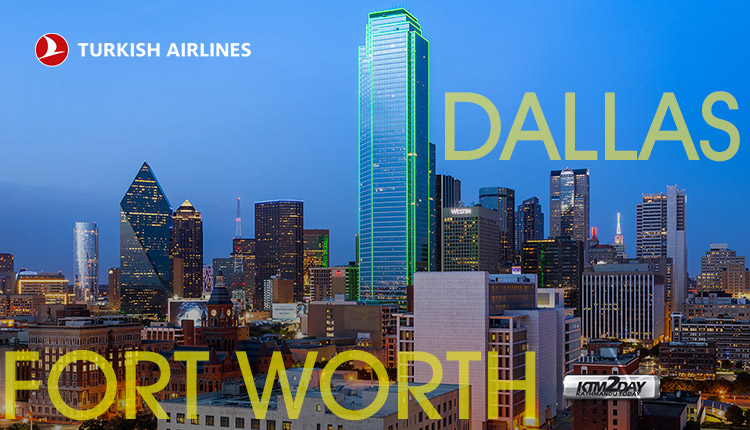 The airlines will have scheduled flights on Sunday, Monday, Wednesday and Friday from Istanbul. The company will provide it’s services with Boeing 787-9 Dreamliner aircraft in this route with 270 seats in economy class and 30 seats in the business category.

Turkish Airlines currently has flights to 11 major destinations in United States. The airlines has been flying in 322 destinations around the world.

Istanbul-based Turkish Airlines, Turkey’s flag carrier, founded in 1933 have been serving several destinations around the world including West Asia and the Mediterranean region, along with Europe, South Asia and East Asia.