Last month, Xiaomi brought the Xiaomi 12 series to China. Xiaomi 12 and Xiaomi 12 Pro are the series’ two flagships. Qualcomm Snapdragon 8 Gen 1-powered smartphones are the first Xiaomi products to be released. There were no formal announcements about global availability of the devices at launch, but it now appears that they will be available in international markets shortly.

NotebookCheck claims that the global version of the Xiaomi 12 has shown up on Geekbench as the Xiaomi 2201123G. On the benchmarking platform, a device with 8 GB of RAM and a Snapdragon 8 Gen 1 SoC has been discovered. It runs on Android 12.

The listing suggests that the global launch of the smartphone is near, but rumors claim that the handset will debut after the Redmi Note 11 series’s introduction.

Key features of the Xiaomi 12

It has a 6.28-inch OLED display with a 2400×1080 resolution and 120Hz refresh rate. Using Gorilla Glass Victus, the display boasts a maximum brightness of 1100 nits and is scratch-resistant. An LPDDR5 RAM and UFS 3.1 internal storage are included in the device’s specifications.

On the back of the Xiaomi 12, you’ll find a trio of cameras, including a 50MP main lens with OIS, a 13MP ultra-wide lens, and a 5MP macro lens. For taking selfies and making video calls, there’s a 32MP front camera. This smartphone has an in-display fingerprint scanner and NFC capability for secure mobile payments. Harman Kardon provides dual speakers as well. 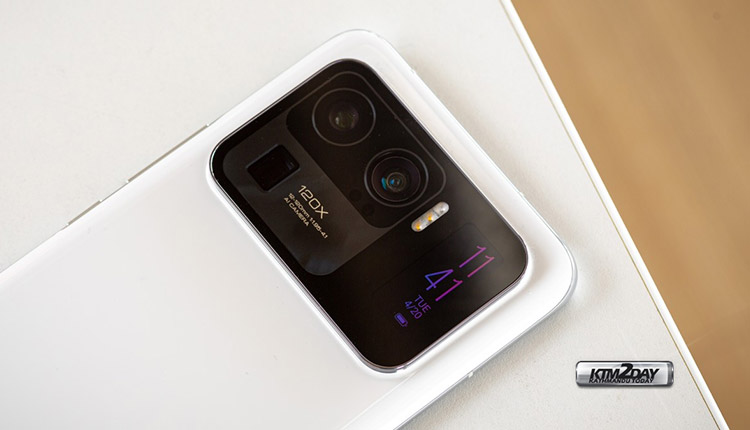 Xiaomi 12 Ultra is expected to have four cameras, including a strong periscope telephoto sensor, according to recent sources.

The phone is expected to go on sale in February, following the Chinese New Year celebrations.

When it comes to optical zoom, the OnePlus 10 Pro, which was just announced and has an equivalent of 3x magnification, the most direct competitor is Xiaomi’s 12 Ultra, according to tipster Digital Chat Station. According to an earlier report from December, the Xiaomi 12 Ultra has a huge center-aligned camera setup as well.