Credit cards usage on the rise 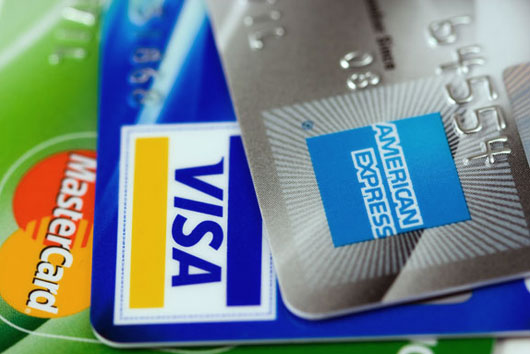 The number of people holding credit cards has jumped sharply by almost 9 percent to 31,500 by the end of the first quarter of fiscal year 2009/10, thanks to eased issuance criteria and more increased acceptance of outlets.

Himalayan Bank Limited (HBL), which succeeded in increasing its cardholders by over 10 percent to 10,900 in the period, continues to be the leader in credit card business. During the three months, the bank managed to add 1,000 new cardholders.

Nabil Bank (NABIL) that introduced credit card in the country in 1990 targeting overseas travelers also added 1,000 more card clients during the period. With the rise, the bank´s credit card customers have jumped to 10,000.

Bankers say the number of their card clients soared largely because they gave up the earlier provision of issuing domestic credit cards only to their account holders.

Standard Chartered Bank Nepal (SCBN) that has been issuing five different types of credit cards witnessed a slow growth of 3 percent during the period. The number of credit cards issued by SCBN at the end of the last fiscal year was 8,030 cards. The bank added 250 more cards during the first quarter of the current fiscal year.

SCBN says its cards are very popular in the market because of some exclusive features. The main feature of SCBN card is that the bank provides round the clock customer care service to its clients. They also offer 1 percent discount facility to their card clients at some petrol pumps in the country.

For instance, an official at HBL said, any individual having an annual income of Rs 120,000 can get credit card from the bank. Such cards, however, can be used only in the domestic market. For international credit card, customers, however, need to hold accounts at the bank.

Nabil bank, on the other hand, attributes its success to its new scheme, whereby its customers can purchase gadgets on installments at zero percent interest rate. This means, if you hold the credit card of Nabil Bank, you will be able to buy laptops, mobile sets and other accessories on interest-free installments.

Apart from HBL and Nabil Bank, Nepal Investment Bank Limited (NIBL) too has been issuing credit card. However, NIBL officials said the bank has lately shifted its focus from credit cards to debit cards. As a result, the volume of its credit card client has not grown much from 2,054 recorded at the end of 2008/09.