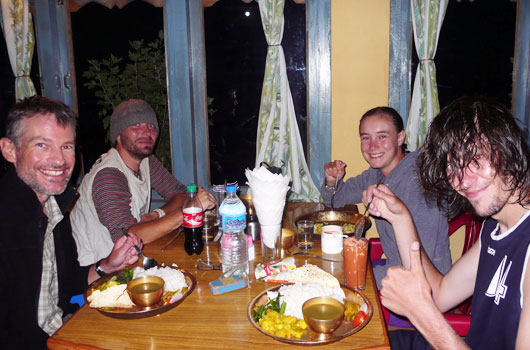 Tourist arrivals in Nepal by air reached a new height in March this year.

The number of tourists who visited Nepal last month increased by 34.6 per cent to 44,431, 44,43, according to figures released by the Immigration Office at the Tribhuvan International Airport (TIA).

Visitor arrivals from India have been increasing since the very beginning of 2010.

A robust growth of 21 per cent was recorded in arrivals from the South Asian region during the first three months of 2010, in comparison to the same period last year. Similarly, arrivals from China sustained the remarkable growth of 114 per cent compared to the figures in March 2009. Other Asian countries maintained an upward trend of previous months with Japan (6.8 per cent), Malaysia (38.4 per cent), South Korea (68.1 per cent).

But arrivals from Thailand and Singapore witnessed negative growths of 45.9 per cent and 5.8 per cent respectively.

Other Asian segment registered a growth of 32.9 per cent. Visitor arrivals in the first three months of 2010, as compared to the same period last year, have grown by 38.6 per cent.

Similarly Canada, Australia and New Zealand also maintained positive trend with 27.2 per cent, 27.4 per cent and 69 per cent respectively.

According to the release, March was the 10th consecutive month Nepal has witnessed growth in the international tourist arrivals, which confirms the improved prospects for Nepal in 2010.

In the first three months of 2010 a robust 29.8 per cent of cumulative growth has been observed in comparison to the same period last year.

The number of Nepalese arrivals stood at 51,243 while 68,475 Nepalese departed from TIA in March.