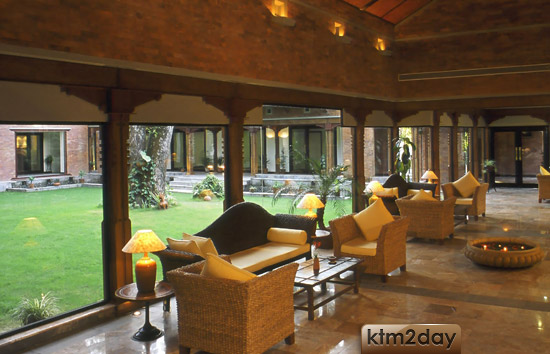 Yeti Group that has interests in aviation and tourism has partly acquired Gokarna Forest Resort. The group has acquired 49 percent stake in the resort and is in the process of getting hold of the rest of the stake.

The Yeti Group is taking over the management of the resort from Oct.1. The deal, one of the highest acquisitions in the country in recent times, is worth Rs 760 million. The acquisition process was going on for the last seven months.

Following political uncertainty and unfavourable business environment, Singapore-based company LM Suvir Brothers Private Limited (SBPL), the owners of Gokarna Forest Resort, wanted to sell off their property, according to sources. The SBPL had built the resort after acquiring the Gokarna forest area on lease from the then Royal Palace.

The Gokarna Forest Resort shot into the limelight after Jana-Andolan II, when the demand for nationalisation of the property of former monarch started. The then Royal Palace had given the Gokarna Forest area, spread over 2,800 ropanis on a 30-year lease to the SBPL in the mid 90s to run a resort.

The SBPL built the 65-room resort along with a golf course. The agreement was signed on Aug.16, 1995 between the royal palace and the SBPL. The SBPL had agreed to pay around Rs 7 million in the first year to the palace. As per the agreement, the SBPL was supposed to pay US$ 120,000 in the 18th year, US$ 240,000 in the 21st year and US$ 260,000 in the 26th year. The resort was brought under the ownership of the government in April this year. The government signed a contract with LM Suvir Brothers Private Limited (SBPL) valid till 2025.

With the group’s involvement in the airline and trekking business, attracting customers to the resort won’t be a problem. Sherpa said his existing businesses can fulfil 30 percent of the resort’s occupancy. “If we can add 30-40 percent more in the occupancy, we can be in break even stage,” he added.

After the acquisition, Yeti Group is now adding 26 more rooms in the resort. The SBPL was supposed to build a 100-room resort as per the agreement with the palace, but it built only 65 rooms. Apart from adding rooms, the group is also planning to have 12 African safari tents in the resort.

The group is also planning to expand golf tourism as the resort has Nepal’s sole 18-hole golf course.

“We’ll increase the membership of the golf course,” said Sherpa. The resort is a venue of Surya Masters, the country’s premier golf tournament.