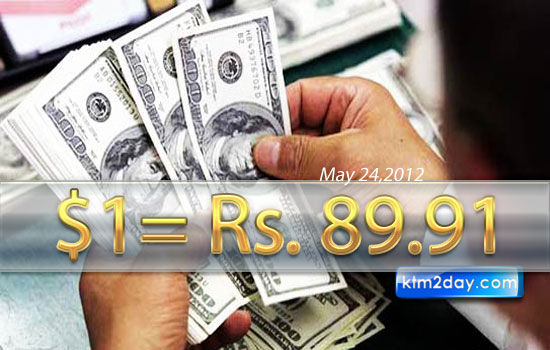 Nepali currency has been brought to another historic low as the Indian rupee takes a beating against the US dollar.

Since Nepali currency is pegged to Indian currency, it has got along in the ride, in spite of Nepali rupee having an almost nonexistent exposure to international forex market. The appreciating dollar has started making imports expensive.

Though Indian products might not witness much price rise in the coming days, those products being imported from China will need more Nepali currency to make purchases as Chinese imports are paid in dollars. Though, Nepal will be under pressure due to the increased import cost, it is unable to cash in on the increase in export earnings.

“This could have been a right time for exporters to take advantage of the expensive US dollar. By increasing exports we could have maximised on the higher exchange rate,” said president of Garments Association of Nepal Uday Raj Pandey.

“But the capacity of our export industries is not large enough to increase the volume overnight and the volatile political situation also discourages us to take any bold move in case we fail to fulfill the order on time,” pointed out Pandey.

The commodities prices has gone down in recent weeks which has shifted focus back to the mighty dollar in the international financial arena. According to Indian forex analysts, a large dollar demand from oil firms and weak global sentiment has tilted the scales in favour of US dollar. The volatile Indian currency was hit harder by the appreciating dollar as foreign institutional investors exited in hoards even pulling Indian stock indices down.