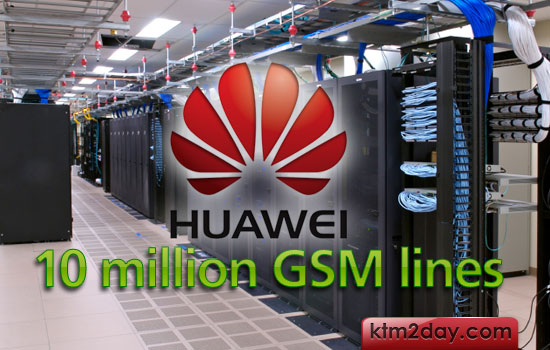 Nepal Telecom (NT) is preparing to award the entire 10 million mobile lines project to a single telecom equipment vendor against its original plan.

The company, which assigned package B of the project to Huawei, is also set to award package A to same firm.

Officials at NT said despite reservations from some members, the NT board recently decided to assign the package to Huawei, which is already involved in 4.8 million lines (package B) of the 10 million lines project. “We will issue a letter of intent within a week to Huawei, informing other vendors that participated in the bidding,” said a senior official.

According to the official, if other vendors do not object the decision, NT will sealing a deal within a month. Huawei has quoted $122 million for package A that, under which 5.2 million lines will be added in Central, Eastern, Far Western and Mid-Western development regions.

NT had earlier planned to award the project to two vendors by breaking it into two packages to ensure effective implementation and avoid dependency on a single vendor. However, with other bidders ZTE Corporation and Ericsson refusing to carry out the project for cost reasons, NT was forced to approach Huawei.

“It seems Huawei quoted less to bag both the packages, but we have no option but to award it the package A,” said a member of the NT board, sharing his past experience that NT had to ‘suffer a lot’ while implementing 3.5 million lines through ZTE because of dependency on a single vender. “Our original plan was to avoid such a situation again.”

In June, NT had signed a contract with Huawei for package B at Rs 6.74 billion ($85 million). The package enables the state-owned company to add 4.8 million mobile lines having capacity for 2G, 3G, and 4G in the Kathmandu valley and Western development region.

Guna Kesari Pradhan, NT spokesperson, said Huawei, as per the agreement, would have to make a system ready to start distributing the lines within a year from the singing of the contract. “Installation of the core network under the first phase of package B has been completed and network testing underway,” she said.

With NT losing its market share as a result of stiff competition from private sector operator Ncell, the 10 million lines project is aimed at aggressively its expanding services across the country. The current system capacity of NT allows it to distribute only 5.5 million lines, but more than 600,000 lines above the capacity have been distributed.