Taxpayers to be classified as big, medium, small, micro 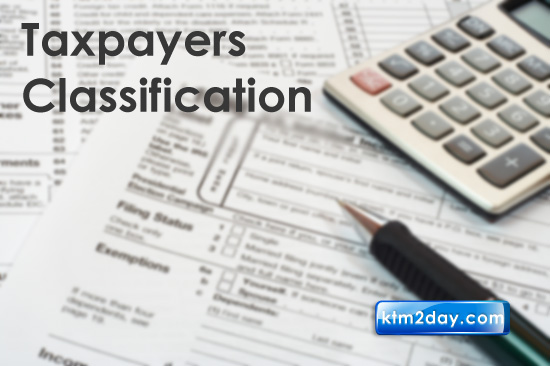 The Inland Revenue Department (IRD) is to categorize taxpayers into four groups—big, medium, small and micro—in a bid to enlarge the tax net.
The department said that the current three-tier classification of big, medium and small taxpayers had not been effective in enlisting micro-level taxpayers. The IRD’s move follows its three-year Tax Reform Plan (2012-15) and five-year Strategic Plan (2012-17).

The IRD plans to put taxpayers with annual transactions worth more than Rs 400 million in the large taxpayers’ group. Those with transactions worth less than Rs 2 million will be classified as micro taxpayers. The department is yet to fix the minimum and maximum levels for medium and small taxpayers.
IRD officials said that they would implement the plan within the current fiscal year provided they get adequate funding. Even though taxpayers are divided into three classes presently, the government has been treating them only as large and small taxpayers.

“We are ready to implement the new categorization even though it will require expanding the number of offices,” said Tanka Mani Sharma, IRD director general.
At present, there are 507 big taxpayers among the total number of 800,000 taxpayers in the country. More than 600,000 taxpayers are small taxpayers.
As per the proposed new structure, micro taxpayers residing in metropolitan areas will have to pay a minimum of Rs 3,500 annually. Those living in municipalities and village development committees (VDCs) will have to pay a minimum of Rs 2,500 and Rs 1,250 annually respectively, said the IRD.

“The new classification is expected to protect and control big taxpayers while more people come under the tax net in the category of micro taxpayers,” said Sharma. He added that the new system would help to make the tax administration more effective and increase penetration among the public.IRD officials said that they expected the new arrangement to bring down the volume of the informal economy as potential taxpayers in the sector would be brought into the tax net.
A department official said that experts from the International Monetary Fund (IMF) would arrive in Nepal next month to devise a system to implement the proposed scheme effectively.

The government is observing the current fiscal year as Tax Reform Year. The IRD said it would reform the tax administration to increase the contribution of tax revenue to the GDP by 18 percent. By the end of fiscal 2016-17, the IRD has envisioned that income tax and excise duty will increase to 5.46 percent and 3.17 percent of the GDP.
IRD officials said that the country’s tax offices would also be divided into four categories in accordance with the classification of taxpayers to assist and educate them.