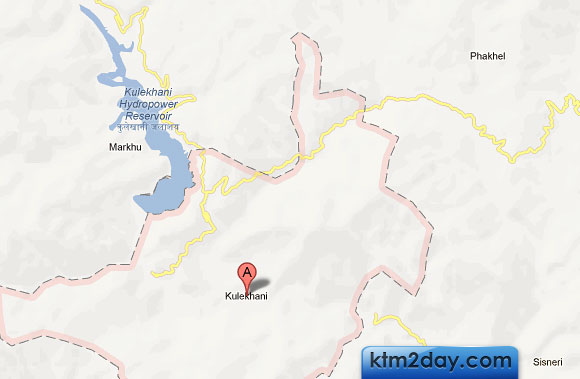 After remaining sluggish for four years, the construction of Kulekhani-III Hydropower Project has been moving ahead at a faster pace for the last three months. Over the three months alone, the project achieved 12 percent progress in the construction.

Delay by the project contractor and the Nepal Electricity Authority (NEA) and frequent obstruction by locals had hit the construction of the 14MW project, with only 40 percent work completed in the last four years. The construction started on April 27, 2008, is now 52 percent complete.

“For the last three months, the construction work has been moving ahead at a faster pace,” said Project chief Madhu Sudan Malla. “Workers, project staff and locals, all are working at their level best for the completion of the project.”

Of the 4,294m main tunnel, 2,700m has been completed so far. According to Malla, the main tunnel is being constructed after completing four audit tunnels. “We will complete constructing the main tunnel by mid-June,” he said.

Laying foundation for the powerhouse has also been completed. Sino Hydro Corporation, the contractor for civil work, has deployed over 220 workers, including 140 Chinese, at the project site.

With works moving ahead at a faster pace, the project has targeted to start commercial production by December 14, 2014. “We are aiming to complete the project on schedule,” said Malla.

The project has already completed constructing 129m Rapti Bridge. According to NEA, half kilometre of the transmission line will be constructed from the powerhouse to connect the electricity to the national grid.

Kulekhani 3, accorded as the national priority project by the government, is a cascade project that uses regulated flow of the Kulekhani reservoir. Power generated from the project will be evacuated to Hetauda Substation through a 0.5km 132 KV transmission line.

The project was originally scheduled to be completed by December, 2011. However, the construction delayed after contractors demanded compensation for obstructions, among other reasons.

Citing NEA’s failure to provide demanded compensation and increase the cost of the work assigned, Sino Hydro on January 2012 had informed the NEA about its withdrawal from the contract. However, the Chinese company agreed to resume work after the NEA assured that its demands would be fulfilled. NEA and Sino Hydro on April 18, 2012 reached to an agreement, whereby the Chinese company was given additional an 30 months to complete the project.

Due to the delay, the project cost, which was initially estimated at Rs 2.43 billion, is now expected to reach Rs 3.25 billion. “Given the rise in the price of construction materials and wages of workers, the cost will go up,” said a project official. “As per our estimate, the cost will increase in the range of Rs 800 million-1 billion.”