Home » NEWS » New Taxis to be introduced in Kathmandu Valley

New Taxis to be introduced in Kathmandu Valley 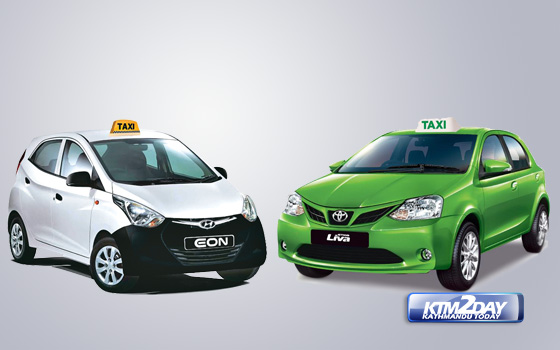 The government has been inundated by applications to operate taxis with 2,000 hopefuls vying for 1,850 permits on offer as of Sunday.

The Transport Management Office, Bagmati started receiving applications on August 5 after the government announced that the number of taxi cabs in the Kathmandu Valley would be increased.

With 10 days remaining to file applications, the final tally is expected to be much higher. This is the first time in 15 years that new taxi licences are being issued. There are more than 5,000 taxis running on the valley’s streets presently.

Applications for these 1,000 reserved taxi licences will be received after the 1,850 new regular taxis have been registered. It may take some time for applications for earthquake affected people to be opened as the government is still engaged in identifying them.

“As expected, the response has been phenomenal. People have been queuing up since morning to submit their applications,” said Rajesh Poudel, head of the Small and Big Vehicles Division at the Transport Management Office. “Getting so many applications within the initial few days is a great success for the government.”

According to Madhu Sudan Burlakoti, director general of the Department of Transport Management (DoTM), the number of applications might reach 15,000 going by the current trend. “We expected this to happen, so we have planned to issue new taxi licences through a lucky draw,” Burlakoti said.

According to the DoTM, there are 5,650 taxis currently operating in the valley. In 2000, when the valley’s population was estimated to be 1.3 million, there were 7,500 taxis. Kathmandu’s population is expected to have bloated to more than 4 million today.

The introduction of new taxis in Kathmandu is expected to make life easier for passengers who are compelled to travel in uncomfortable and old taxis by paying much more than for other means of public transportation.

While all the taxis presently are Maruti 800s, auto dealers like Maruti, Hyundai and Toyota have announced plans to sell taxis in different segments.

Hyundai with the Eon Dlite+ and Maruti with the Alto 800 are set to compete in the normal taxi segment. As for Toyota, it is aiming to tap the premium market with the Toyota Etios and Etios Liva for the deluxe and super deluxe segments.

Well informed automobile dealers said that other brands too were making serious consideration to position their vehicles in the cab market.