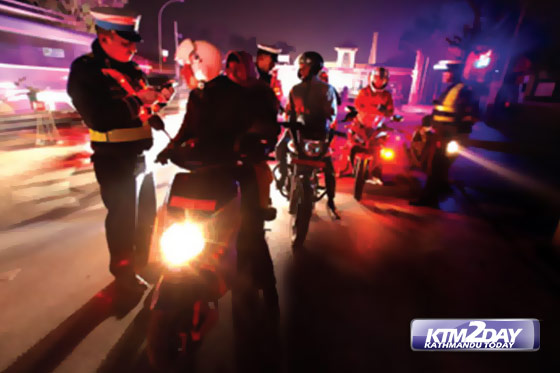 The Metropolitan Traffic Police Division has served a 15-day ultimatum to motorists who have not turned up to collect their driving licences, blue books and route permits seized for violation of traffic rules since mid-April 2014.

“Traffic police will proceed with legal action if they fail to collect their documents by May 26,” warned the MPTD through a public notice. It has already forwarded nearly 20,000 unclaimed documents to the Department of Transport Management for necessary action.

Some of them date back to 2005. According to Motor Vehicle and Transport Management Act, 1993, if the concerned person fails to pay the prescribed fine for violation of traffic rules within 24 days, the DoTM may suspend such a document for a period not exceeding one month along with a fine of Rs 1,000.

In the event of failure to pay the a fine even within the period of suspension, the DoTM may revoke the driving license or route permit in question. “We still hold nearly 5,000 unclaimed documents seized since mid-April 2014 and have notified the concerned persons to collect them after paying the required fine within 15 days.

If they fail to comply, we will send their documents to the DoTM for necessary action,” said MTPD chief DIGP Prakash Aryal.

Most of the licences were seized for drink-driving and the offenders range from general public to civil servants, security officials, cine artistes and businesspersons.

The trend of abandoning driving licence further rose after the law enforcement agency decided to punch holes in the driving licence of offenders of drink-driving since December 7, 2012 when a fine of Rs 1‚000 and a 20-minute lecture on traffic safety the next day failed to deter drink-driving.

It seems offenders are embarrassed to carry driving licence with holes punched in them, said the officials, adding that could be the reason why most of them have refrained from reclaiming their seized licence.