Thai Airways celebrates its 50th anniversary of operation in Nepal 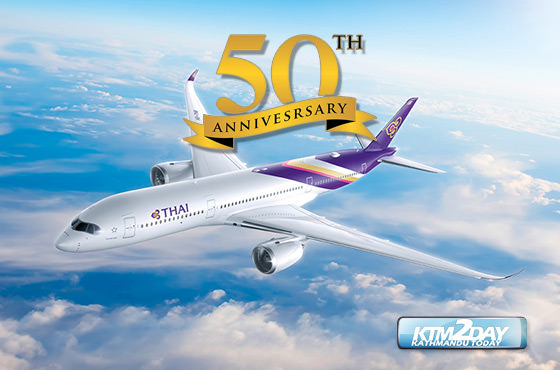 Thai Airways on Monday celebrated its 50th anniversary of operation into Nepal. The carrier started its first flight to Nepal on December 4, 1968. It was the first ever passenger jet service airline to introduce Nepal to rest of the world. In the beginning, Thai Airways operated only one flight a week which soon increased due to high demand.

The carrier said that it has also been carrying out corporate social responsibility activities like blood donation drives, annual cataract surgery camps, cardio check up and health camps, and stationary distributions to orphanage schools.

Thai Airways is celebrating its golden jubilee throughout 2018 with various co-partners to organise promotional activities, said the carrier.