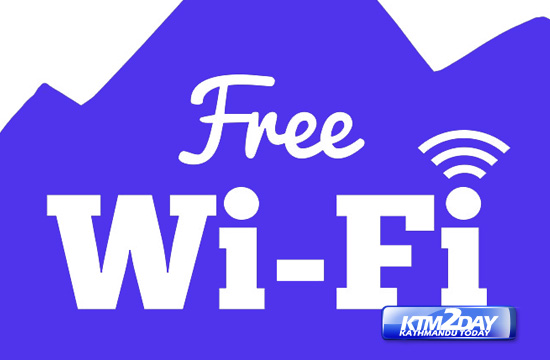 Mayor Bidya Sundar Shakya inaugurated the project launched in partnership with WorldLink, one of the leading ISPs of Nepal.

On the occasion, Mayor Shakya said the local government was planning to make the entire city free-wifi zone.

He, however, warned, “The internet can be an addition sometimes. We need to be cautious on how to work on it by considering potential risks as well.”

A person can get the free 10 mbps internet connection for 30 minutes a day for free at these places.

There will be 11 access points at Pashupati, four at Bauddha, two at Shankhapark, seven at Balaju Baisdhara Park, five at Swayambhu and nine at Basantapur.

The City in April had signed an agreement with WorldLink to launch the service.