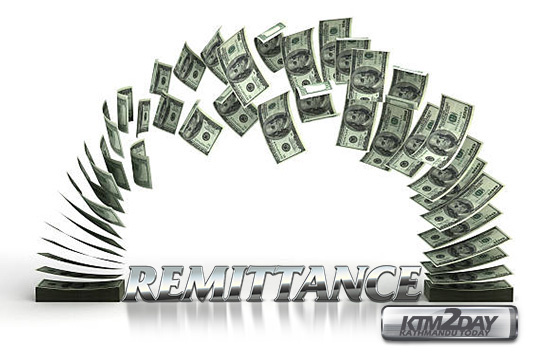 The fiscal year began with a bang for the remittance industry with inflows reaching Rs73.95 billion in the first month—up 33.1 percent year-on-year—even as migrant worker departures recorded a sharp drop.

The number of Nepalis leaving for foreign job destinations plunged 33.5 percent during the review period, according to the latest macroeconomic report published by Nepal Rastra Bank (NRB), the central bank.

In the first month of the current fiscal year (mid-July to mid-August), 20,824 individuals received approval for foreign employment compared to 31,309 during the same period in the previous fiscal year, according to the report.

Experts attributed the surge in inward remittances to a rising US dollar against the Nepali rupee and migrant workers choosing formal channels to send money home. “This is primarily due to the depreciating Nepali rupee against the US dollar and more workers making use of formal remittance transfer channels,” said Chandan Sapkota, an economist.

“The weakened domestic currency has been a blessing in disguise for the country’s remittance earnings.”

A weak domestic currency means the convertible currency sent back by migrant workers buys more rupees, motivating them to send more, according to experts. Remittance income has increased 24 percent in US dollar terms, indicating there are other reasons behind the surge apart from a strong greenback. According to remittance service providers, more migrant workers are using formal channels to send money home with the government cracking down on informal channels.

“Of late, the government has been successful in curbing fund transfers through illegal channels like hundi,” said Suman Pokharel, CEO of IME Remit, a leading remittance service provider in the country. Similarly, Nepali migrants working in South Korea have started sending back their income through formal channels, and it has been reflected in NRB’s remittance statistics.

The drop in migrant worker departures has been attributed to a sharp decline in the number of workers going to Malaysia, one of the most popular destinations for Nepalis seeking foreign employment. Only 434 Nepalis left for Malaysia in the first month of the current fiscal year, a drop of 96 percent compared to the 11,231 departures in the first month of the last fiscal year.

Analysts said departures plummeted after the government shut down various agencies charging hefty fees from Malaysia-bound Nepali workers during the visa processing phase. Qatar emerged as the most popular destination with 7,852 individuals leaving for the oil-rich nation during the review period, a rise of 9.7 percent year-on-year.

Departures to the UAE increased 3.7 percent to 55,631 individuals. Meanwhile, the number of Nepali migrant workers going to Saudi Arabia declined sharply to 2,751 individuals, down 34.4 percent from the 4,194 departures in the first month of the previous fiscal year, according to government statistics.