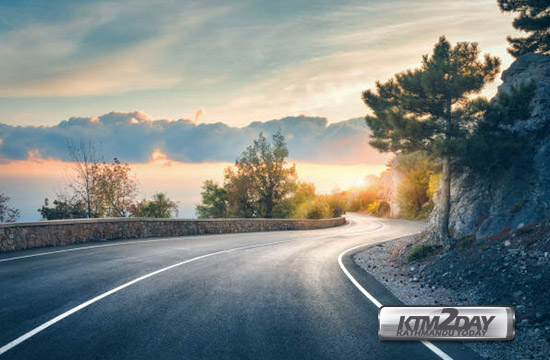 By this time next year, the Bharatpur-Lothar section (border point of Makawanpur and Chitwan districts) of the East-West Highway will hopefully have a smoother road to move on after completion of road maintenance.

Survey of the section of about 28 kilometers for maintenance is underway by the Office of the Millennium Challenge Nepal (OMCN), a joint initiative of Nepal and US governments to develop projects to use US government aid worth US$ 500 million.

As per the information provided by the OMCN, work on road maintenance will start as a pilot project as early as May next year. As a novel approach to the maintenance, two new technologies — full depth recycling with soil cement stabilization and super pave asphalt — will be used, according to the OMCN.

The introduction of the new technologies will later be replicated in maintenance of five different roads using the US Compact Fund. Unlike the current practice of maintenance without considering environment issues and making much pollution along the highway, works will be carried out in a way making least impact on environment, the OMCN has claimed.

Full depth recycling with soil cement stabilization is a technology in which the old pavement is excavated up to a depth of 30 centimeters. As per the information provided by the OMCN, all the aggregates (stone aggregate, sand and smaller filler particles) will be crushed and cement will be mixed up together and compacted by roller.

The other technology, super pave asphalt, is a rubberized asphalt (asphalt mixed with rubber) that works as binder on the top black layer. The binding material called super pave, which is also less sensitive to temperature change, will give a very smooth surface finish and also enhances the life of the top layer of the road and consequently the layers below, the OMCN claimed.

Tulasi Prasad Sitaula, national coordinator of OMCN, said that the use of these technologies will be of a different kind than the country has been using till date.

“The road will be smoother than the normal bitumen we have now. Its minimum life will be 10 years compared to the 7-year life of existing roads. It also saves the maintenance cost by 25 percent,” claimed Sitaula, retired secretary at the Ministry of Physical Infrastructure and Transport. “These technologies are already used in India.”

The bids for the pilot project will be announced in March and April next year, according to Sitaula. The OMCN officials and visiting MCC officials from the US have recently vowed to begin the project by September 2019.

“The five-year clock of implementing the compact fund will start after completing this pilot project,” he added.

Earlier, the OMCN had selected Hatauda-Pathlaiya section of the East West Highway and Tribhuvan Rajpath overlap for the pilot project but it was dropped later because of environmental concerns as it passed through the Parsa National Park.

The OMCN is also implementing an electricity transmission line project of 300 kilometers, in three different phases: Lapsiphedi-Ratmate-Damauli, Damauli-Sunawal-India border, and Ratmate-Hetauda. The project of US$ 300 million also includes a cross-border grid connectivity allowing Nepal and India to trade energy. This project got a national pride project status two weeks ago.