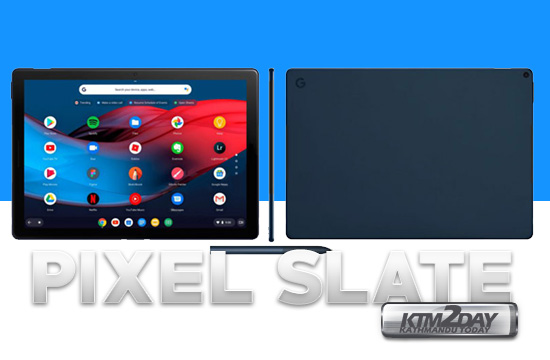 The Google Pixel Slate will be a tablet (PC?) With ChromeOS and the possibility of working with a Stylus.

Although many people want to compare to the new Microsoft Surface Pro, I fully believe that this is Google’s response to Apple iPad Pro.

Apple iPad Pro is in an isolated market. There are not many manufacturers that dare to create an identical gadget. Certainly because the Apple iPad Pro gives us an above average quality. Although the price is not the most advantageous, the iPad Pro is the best solution so you do not want a laptop, but you need quality applications.

The Google Pixel Slate will be basically the same for the Android world. This may be the first time we will see Google seriously dedicated to the tablet segment.

According to the information the Google Pixel Slate will run ChromeOS, however, with the possibility of installing Android applications.

We will have the Stylus and still the possibility of adding a physical keyboard to the tablet. That is, the true competitor to the Apple iPad Pro.

The Google Pixel Slate will not have computer specs, which is why I believe comparing to Surface Pro is a serious mistake.

Although we are not sure of its price, do not expect the value to be low. This will be the premium version that Google has to offer its Android users. Better yet, it will bring a new and reinvigorated operating system so that brand lovers are conquered by simplicity.

ChromeOS is perfect for small things, just like an iPad Pro, but it can not be compared to a more complete system like Windows 10.

The convertible tablet appears to be aimed Apple’s iPad Pro and Microsoft Surface Pro tablets. The device is rumored to come in several configurations, with up to 16GB of RAM and an Intel i7 processor, and might come with a fingerprint sensor.

Google’s event is scheduled for Tuesday, October 9th at 11AM ET, where it’s expected to unveil the next generation of google smartphones and charging stand, the Slate tablet, the Google Home Hub, updates to the Pixelbook, Chromecast, and more, most of which has already been leaked.