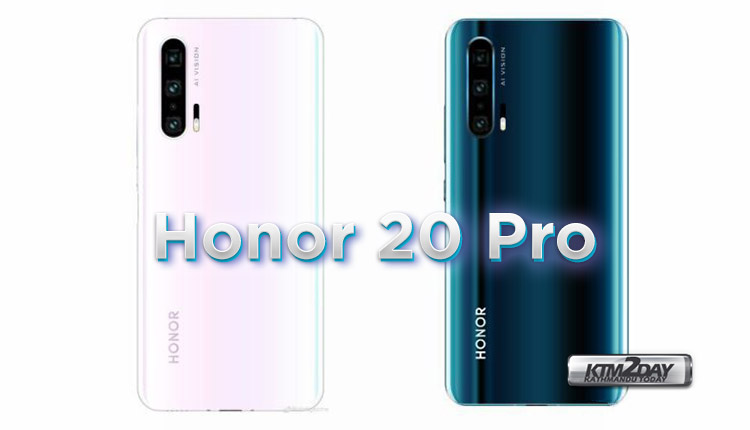 Last week, a render of the Honor 20 Pro smartphone came up to reveal its rear design. The smartphone appeared in Teal color with gradient finish. Today, a new gradient color that offers a blend of white and pink has been revealed by some user in the Weibo network. The render confirms again the presence of quad cameras in the device.

As can be seen in the new rendered image below, the Honor 20 Pro seems to be with curved glass on the back.The smartphone appears white toward the left and right edges and is light pink in the center. The brand logo is present in the lower left corner. In the upper left corner, there is a camera setup and an LED flash module next to it. 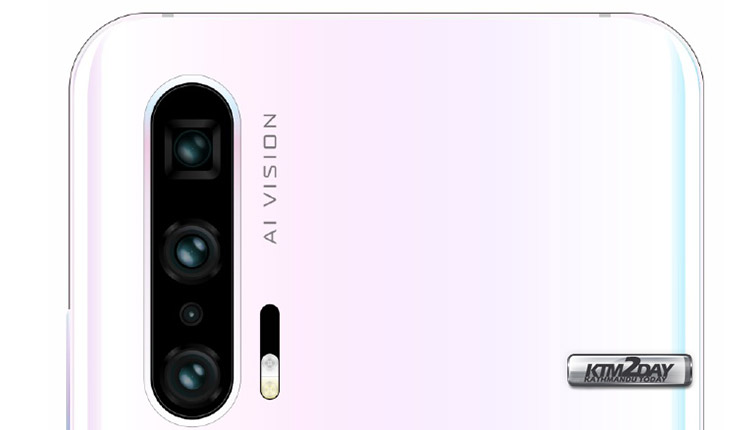 The Honor 20 Pro’s quad camera configuration includes a square lens at the top. It appears to be a periscope-style lens that will bring greater zoom capabilities to the device. The second lens in the Honor 20 Pro’s vertical camera system will be a super wide-angle lens. The Huawei P30 Pro also has the same lens. The third can be a 3D ToF (Time of Flight) lens. The Sony IMX600 40-megapixel primary sensor seems to be the last lens of the smartphone’s quad-camera. The Huawei P30 Pro also has the same main sensor.

Recent information has revealed that the Honor 20 Pro will feature an AMOLED 6.5-inch water drop slot that will have HD + resolution. The SoC Kirin 980 is expected to power the smartphone along with 8 GB of RAM. It can be packed with a battery of about 4.000mAh capacity. The equipment will bring support for fast loading. For self-shooting, the smartphone is expected to contain a 32-megapixel selfie sensor.

The Honor 20 series will be revealed globally on May 21. It is speculated that the Chinese company may launch the Honor 20 and Honor 20 Pro first in China before revealing them to the outside world.