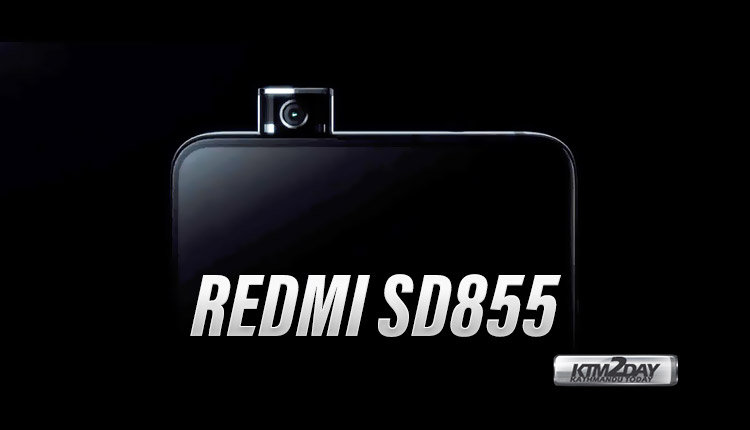 In May, we are expected to see a clash of two(titans) of the smartphone manufacturers flagship phones with Snapdragon 855 – OnePlus 7 Pro and Xiaomi’s Redmi SD855.

As both devices are speculated to launch in the month of May, we have already getting a ton of information about these two products in the recent times.

The Redmi’s flagship killer phone with Snapdragon has realesed a new teaser video today in the Chinese online world and Indian tipster – Sudhanshu Ambhore has shared the video in his twitter account few hours ago.

The commercial of the upcoming Redmi phone with Snapdragon 855 is slightly teased showing a full display screen with pop-up camera.

The ultimate value for money #Redmi flagship is coming ?. Get ready #OnePlus7Pro? for your real competition. pic.twitter.com/Lo6SJO7I6q

The authenticity of the video cannot be proven at this point because as the video has not been shared by Xiaomi or Redmi on its official social accounts yet. Hence, the video could be made and uploaded by a Xiaomi fan. The video demonstrated some of the parts of the upcoming device with Chinese texts.

Judging from the content published by the official Weibo, the Redmi Snapdragon 855 flagship uses a pop-up front-projection. The front-projection pop-up position is located on the left side of the fuselage and is not centered.

Combined with previous news, Redmi’s flagship machine will also be equipped with the Snapdragon 855 mobile platform, providing a rear three-shot, battery capacity should be around 4000mAh.

If the final price is strong enough, its appeal can even exceed its own flagship MI 9.

The announcement of the flagship Redmi is expected very soon.