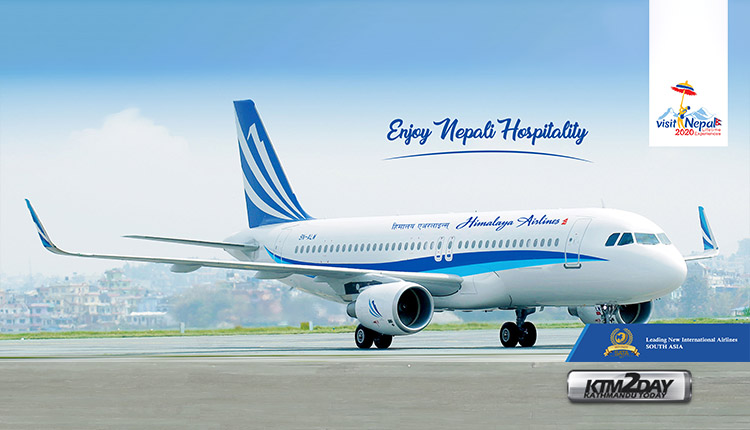 Himalaya Airlines on Thursday said that it would start direct flights to Dhaka of Bangladesh from July 22.

Issuing a statement, the airline said it would operate Airbus A320-214 aircraft configured to carry 150 passengers in Economy Class and 8 in Premium Economy Class. The airline will fly on Kathmandu-Dhaka-Kathmandu route three times a week on Mondays, Wednesdays and Saturdays.

The free baggage allowance for both the routes is 25 kg for Premium Economy Class and 20 Kg for Economy Class, according to the statement.“We take pleasure to announce our connectivity to another Asian destination – Dhaka, Bangladesh, shouldering our role in contributing to the promotion of tourism and business amongst neighboring countries,” the statement quoted Vijay Shrestha, vice president-administration of the airlines, as saying.

“This connectivity will boost business opportunities between Nepal and Bangladesh and shall also serve as a bridge between the Middle East Countries and Bangladesh,” he added.