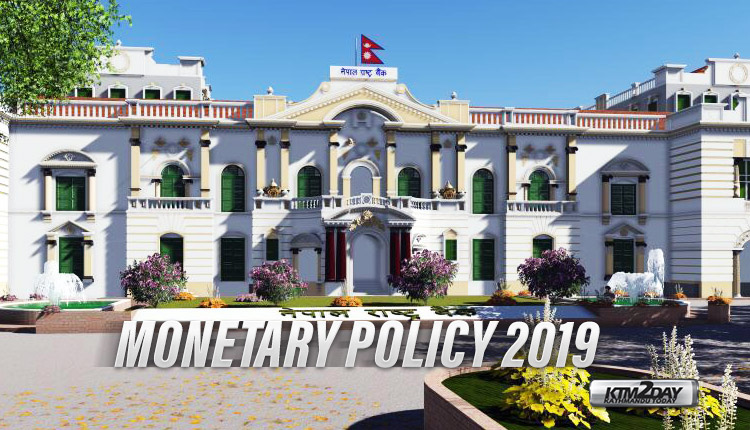 The Monetary Policy, which was unveiled by NRB Governor Chiranjibi Nepal, has made it mandatory for commercial banks to issue debentures/corporate bonds amounting to 25 per cent of their paid-up capital by end of the fiscal. The central bank has said that necessary mechanisms will be introduced to ensure the funds raised through corporate bonds will be used to disburse loans.

To address the liquidity issue, NRB has said provisions will be introduced to allow commercial banks to borrow in convertible currency from foreign institutions, including pension funds and hedge funds. The central bank has also allowed banks and financial institutions to collect fixed deposits in foreign currency from organisational foreign depositors and non-resident Nepalis. However, such deposits should have maturity period of at least two years. BFIs can disburse cent per cent of such deposits as loans in Nepali currency.

Through the Monetary Policy, NRB has also reduced the maximum interest rates on loans floated under the general refinance fund of NRB that BFIs can take to seven per cent from eight per cent. The central bank has also stated that refinancing loans of up to Rs 1 million will be issued to BFIs, on the back of good loans, at three per cent interest rate against five per cent previously. However, NRB has barred BFIs from levying more than seven per cent interest rate to SMEs borrowers for such loans, compared to 10 per cent being levied at present.

Through the Monetary Policy, NRB has brought down interest rate on general refinancing loan to three per cent from four per cent, and also reduced the bank rate to six per cent from 6.5 per cent.

The NRB has said that it would fix the upper limit of Debt Service to Gross Income ratio in non-business loans such as individual loans, home loans and hire-purchase loans being issued by BFIs.

Meanwhile, the NRB has made PAN mandatory for seeking loans of above Rs 5 million from BFIs. Prior to this, PAN was mandatory for loans above Rs 10 million.

The central bank is also introducing policies to facilitate citizens to keep gold in banks as deposits.

Similarly, the central bank has barred BFIs from adding more than two per cent interest premium on their base rate while fixing the lending rate on loans up to Rs 1.5 million disbursed in agriculture, entrepreneurship and business promotion sectors. Moreover, the central bank, through the Monetary Policy, has barred BFIs from taking any type of service charge from borrowers on such loans. More importantly, NRB has also made it mandatory for BFIs to approve such loan demand within seven days of the submission of application from borrowers.

Also, the BFIs have now been barred from charging additional fees from customers while making transactions through Point of Sales machines.

The Monetary Policy for 2019-20 has targeted keeping inflation within six per cent and maintaining foreign exchange reserve to sustain the prospective import of goods and services for seven months.

“The Monetary Policy, which is based on the 15th Periodic Plan of the government and the budget for 2019-20, envisions maintaining stability in the price, foreign exchange and the entire financial sector,” said Governor Nepal.