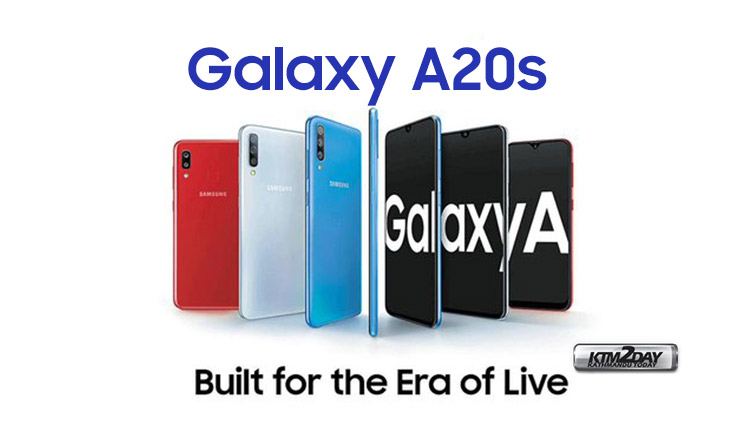 Samsung is in the upgrading spree for its budget handsets from A lineup. The company has today launched Samsung Galaxy A30s in Nepali market . The company has recently started updating its M-Series and A-Series devices that were released in the first half of this year.

The new updated version of A-Series now has a letter “s” appended to the model name hence the refreshed model of Galaxy A20 will now be marketed as Galaxy A20s.

Samsung Malaysia has recently showcased the Galaxy A20s at a closed event and thus most of the specificaitons of this device has come to light.

As we know that the refreshed models come with minor hardware upgrades hence we do not expect many changes in the upcoming Galacxy A20s. 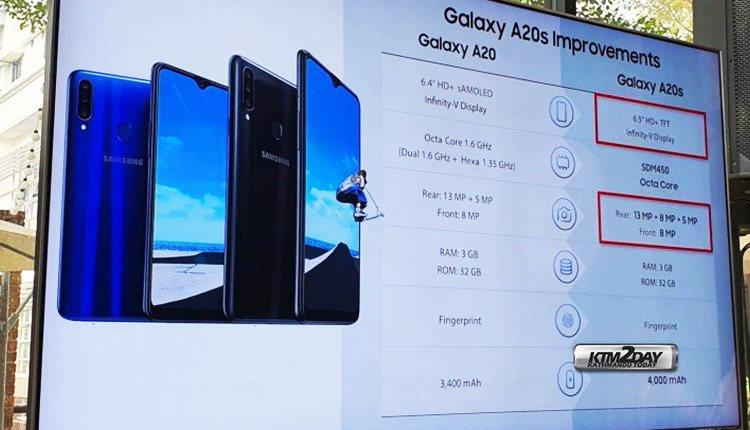 Just like its counterparts the new Galaxy A20s will now boast a triple camera setup on the rear panel. The fingerprint reader is also located beside the main camera located at the center.

The Galaxy A20s sports a infinity-V display with 6.5 inch TFT LCD panel with HD+ resolution. True to previous rumours, the display screen has been downgraded from a AMOLED panel that can be seen on the original Galaxy A20. It is not known why the company decided to degrade one of the most important features of its budget device. 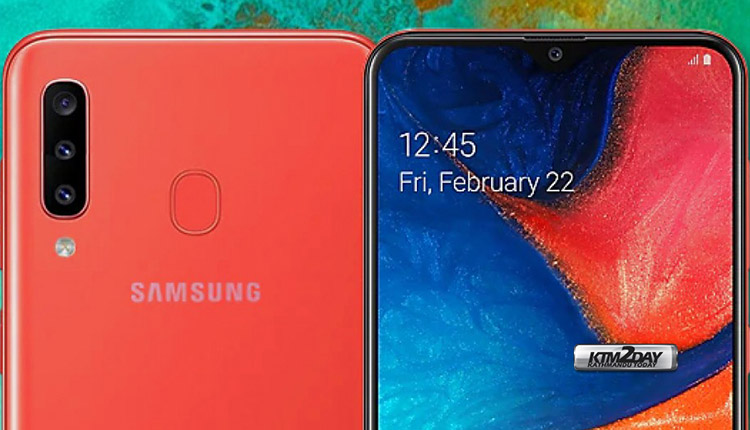 In the battery section the device has been upgraded with a bigger capacity battery from 3400 mAh to 4000 mAh and also supports fast charging with 15 Watts.

Samsung Galaxy A20s will be available in three color option of black, blue and red.

The device is set to launch in Malaysia on Sept 21st and other asian regions at the same time. For now, the price for this handset in the Malaysia market is set at $170(~NRs 19,550).