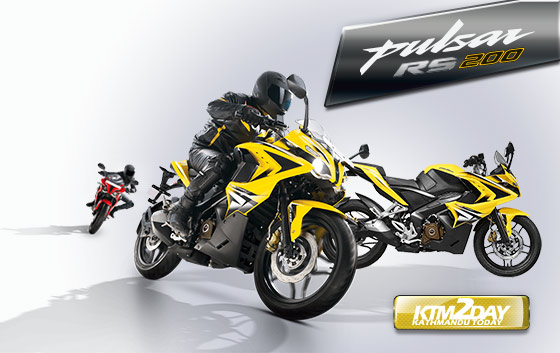 HH Bajaj, authorised distributor of Bajaj motorcycles, will launch the much-awaited super sports bike, the Pulsar RS 200, on Saturday with a price tag of Rs399,900.

“We are already overwhelmed by the enquiries and bookings, and we are sure the RS 200 will be a winner in the sports bike segment. There are no other bikes to compete in this segment in terms of performance, technology, power and style,” said Shekhar Golchha, executive director of HH Bajaj.

The motorcycle is powered by triple-spark four-valve liquid-cooled 200cc DTSi engine with fuel injection that churns out 24.5ps of power and 18.6Nm of torque. It achieves a top speed of 141kmph. The bike comes with anti-lock braking system (ABS) for safe braking performance.

It features twin-projector head lamps, crystal LED tail lights, aggressive muscular styling, perimeter frame and nitrox mono suspension, among others. The bike has 13-litre fuel tank. “This motorcycle will be a statement among the bike enthusiasts,” said Golchha.

The motorbike will come in two colour options: Yellow and red.

Both the bikes feature projector headlamps, alpha male styling, perimetre frame and nitrox mono suspension. Both the bikes have 12 litre fuel tanks and have the dimension (length, height and width): 2,070 mm x 1,205 mm x 804 mm. “The AS 150 and AS 200 are targeted at those looking for affordable adventure sports motorcycles,” said Golchha.

According to company, 2,700 Pulsar series of bikes are being sold in the domestic market every month. The company plans to sell 1,000 units of Pulsar RS and AS series monthly.