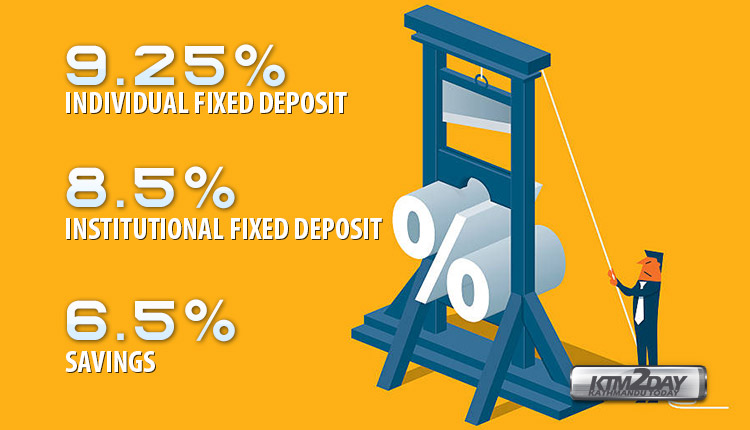 The NBA decision will come into effect from Friday itself.

Following such instability in the bank interest rate, the central bank had directed commercial banks to bring down the interest rate on deposits.

Moreover, a study committee of the government had submitted its report to the Ministry of Finance today recommending the central bank to scrap the provision of adding 0.75 percentage point as return on assets in the formula to derive the base rate. The suggestion aimed at bringing down the base rate of banks and subsequently the lending rate. The base rate is the minimum rate at which banks and financial institutions can disburse credit to borrowers.

Similarly, the study committee led by Deputy Governor of NRB Shivaraj Shrestha had recommended that banks and financial institutions be barred from adding premium of over two per cent to the base rate while setting lending rates for the priority sector as a few banks were found adding a premium of up to 12.5 per cent to the base rate, prompting lending rates to shoot up.

Likewise, the study report had also suggested that a measure be introduced mandating banks and financial institutions to tie up their savings deposit rate to inflation to ensure depositors do not lose out when parking money in banking institutions.