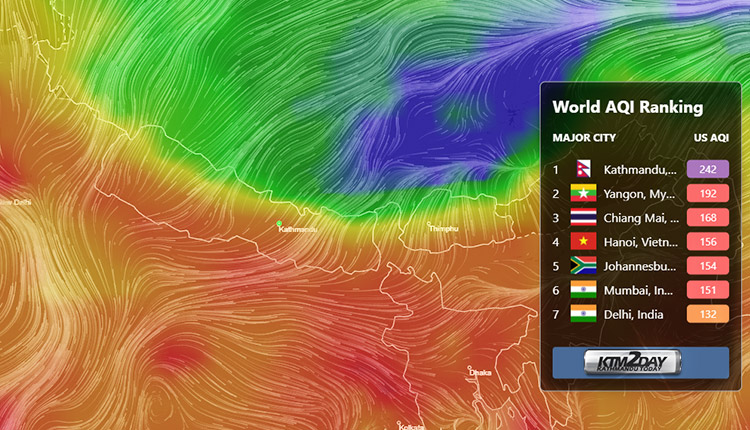 Air pollution, which had been declining for a few days, has risen again across the country. Although air pollution has decreased due to rain in some parts of the country on Thursday evening, it has increased yet again today.

According to the latest statistics, Dhangadhi has the highest air pollution. Dhangadhi Air Quality Index (AQI) has reached 429. Bharatpur of Chitwan is in the second position. It has an AQI of 398, followed by Lalitpur’s Bhansepati with an AQI of 359.

Similarly, Kathmandu ranks No. 1 among 50 cities in the world in terms of pollution. Myanmar is second, New Delhi capital city of India is third and Dhaka of Bangladesh is fourth. 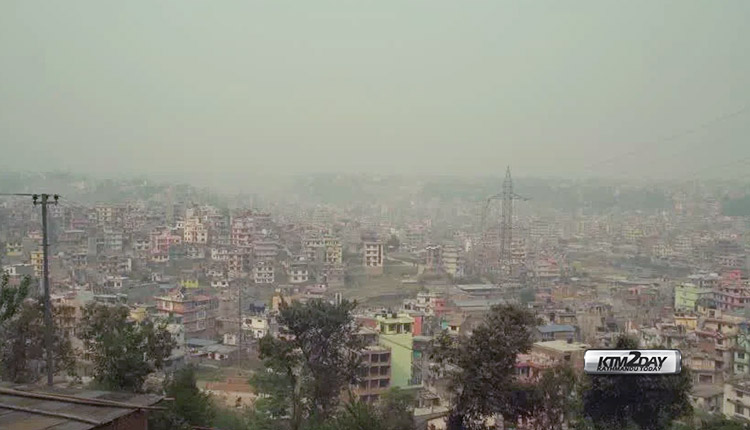 Even though the school has been reopened since Sunday, the pollution has skyrocketed back again.

Experts suggest using masks as much as possible, and taking special care of children and the elderly to avoid the effects of air pollution.

Many Kathmanduites are suffering from burning eyes, coughing and itchy nose.