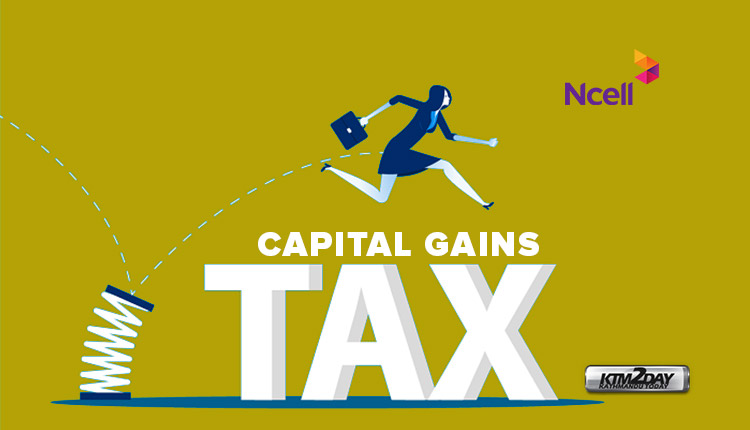 Private telecom company Ncell has fulfilled its capital gains tax (CGT) responsibility on the company’s buyout deal that took place in April 2016 by paying Rs 14.33 billion to the government today.

Ncell today deposited the given amount in the revenue account of the government maintained at the Everest Bank, informed Jhalak Ram Adhikari, chief tax administrator at the Large Taxpayers’ Office (LTO).

The long-standing CGT controversy of Ncell was settled following a verdict of the Supreme Court (SC), which determined Rs 22.44 billion as the outstanding CGT liability of Ncell in November last year.

Seeking facility to pay the given amount in installment basis, Ncell had paid first tranche worth Rs 4.5 billion of the outstanding tax amount on December 31 and the second tranche worth Rs 4.6 billion on March 31. With today’s payment worth Rs 14.33 billion, Ncell is now free from its CGT responsibility, as per Adhikari.

Though Ncell was reported to have been asked to clear all CGT liabilities within mid-June, this timely payment from Ncell is also expected to support the government which is under pressure to manage resources to combat the spread of coronavirus and unfavorable conditions that are the outcome of the pandemic.