The Redmi Smart Band Pro was unveiled by Xiaomi for the Indian market. It’s the latest wearable from Xiaomi’s sub-brand Redmi to hit the market. Redmi Note 11 and Redmi Note 11S were unveiled today, coupled with a new wearable device called Mi Band 3.

In addition to 110 training programs, the Redmi Smart Band Pro has a battery life of over 14 days, according to the manufacturer. A 43-inch 4K OLED smart TV featuring Dolby Vision and 30W speakers was also unveiled today by Redmi, the company’s smallest display in its X-series smart TV lineup. 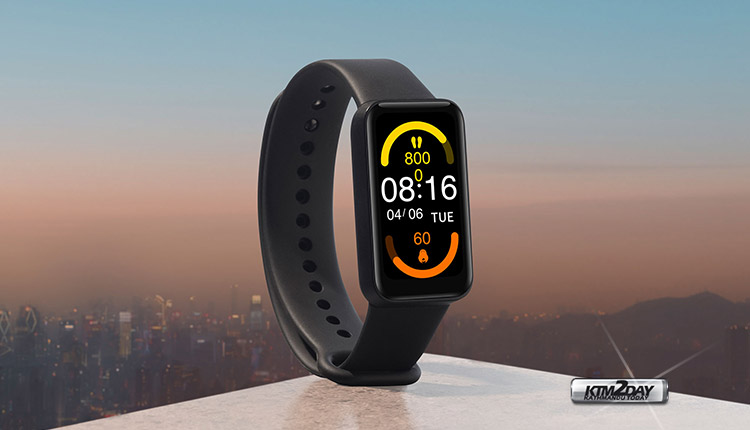 Battery life is said to be 14 days in regular mode and 20 days in power saving mode, with the fitness tracker powered by an Apollo 3.5 processor and fueled by a 200mAh battery.

In addition to a PPG heart-rate sensor, an ambient light sensor, and a six-axis sensor, the Redmi Smart Band Pro has a LifeQ health tracking system. According to the manufacturer, the fitness tracker is waterproof up to 5ATM (50 meters) and supports Bluetooth v5.0.

Smartphones running iOS 10 or Android 6 (Marshmallow) and later can be used to connect to Redmi Smart Band Pro.

RunKeeper will be able to record a variety of workouts, from jogging to Zumba to Pilates to yoga to cycling to HIIT to jumping rope to elliptical and rowing machine sessions. The Redmi Smart Band Pro will be able to automatically recognize exercises such as walking, running, and treadmill use. Users will also be able to track menstruation periods, practice breathing exercises, and check stress levels too with the Redmi wearable.

Redmi A1 Plus Launched With MediaTek Helio A22, 5,000mAh Battery