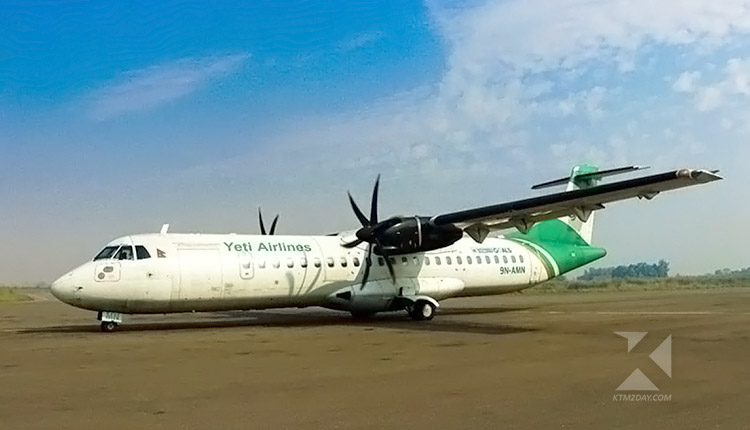 Wednesday 20th April marks the official opening of Gautam Buddha International Airport’s brand-new runway. As soon as the new runway was put into service, flights in the domestic sector has begun.

Yeti Airlines, a private sector airline, flew the first aircraft from the new runway on Wednesday, according to the airport.

Yeti Airlines spokesperson Sudarshan Bartaula claimed that the first flight departed at 7:45 am. Buddha Air, Yeti Airlines, Shree Airlines, and Saurya Airlines are among the private sector airlines that have been flying in the domestic sector.

This new airport will be run at Tribhuvan International Airport capacity, according to CAAN.

Contractor carelessness delayed construction of the airport, which had been scheduled to be completed in December 2017, which started in early 2015.

The airport was originally scheduled to open in March 2020, however the Covid-19 epidemic forced delayed completion.

According to CAAN, about Rs 11 billion has been spent in the first phase of the project, which was constructed with a concessional loan from the Asian Development Bank. Now the construction process of the second phase terminal building will be started soon.

Tribhuvan International Airport is expected to be relieved of pressure when this 45-meter-wide and 3,000 meter-long airport is put into commercial use. As air traffic rises, CAAN is planning to run the international airport 24 hours a day.

Airports such as Tribhuvan International and Gautam Buddha International will now operate for 24 hours, according to the Nepalese Airports Authority (NEA).

In order to deal with the high air traffic caused after the Corona pandemic, Kathmandu Airport will be open 24 hours a day, seven days a week.