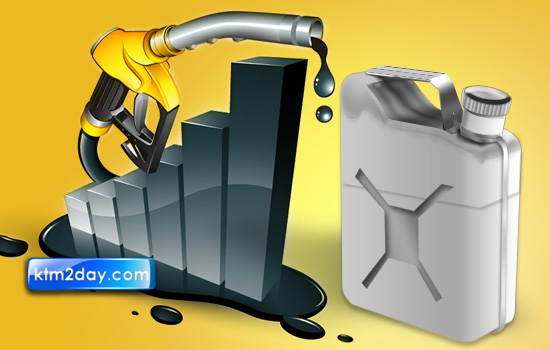 Nepal’s petrol import bill over the period has surpassed that of entire 2009-10. The country had imported petroleum products worth Rs 53.24 billion in 2009-10. Such is the rise in the consumption that the country spent Rs 8.6 billion in the 11th month (mid-May to mid-June) of the last fiscal year for petroleum import.

Other top import items of the country over the period are vehicles and spare parts, machineries and medicines. The slowdown in the automobile market has resulted in a decline in vehicle import by 10.4 percent.

Yarn has displaced the country’s major traditional export items—woolen carpet and garment—to become the second largest export item. In the 11 months, the country exported yarns worth Rs 5 billion, while export of carpets and garment stood at Rs 4.44 billion and Rs 3.62 billion, respectively.

Export of readymade garment went up by 11.5 percent, mainly due to growing Indian market, although a slump in export to the United States—the biggest market of Nepali garment in the past.

According to the NRB statistics, the country’s export increased by 5.6 percent to Rs 58.14 billion in the first 11 months of 2010-11. On a monthly basis, export increased by 16.5 percent in mid-May to mid-June. During this period, exports to India went up by 8.0 percent in contrast to a drop of 4.8 percent in same period of 2009-10. The increase in the export to India was mainly due to the rise in the export of zinc sheet, jute goods, thread, juice and cardamom, among others.

Nepal’s trade deficit in the first 11 months of 2010-11 went up by 5.7 percent to Rs 300.27 billion against 47.8 percent in the same period of the previous year. The country’s trade deficit with India rose by 26.2 percent, while the deficit with other countries declined by 20.4 percent. (Source:ekantipur)

Yarns ( Polyester, Cotton and others)