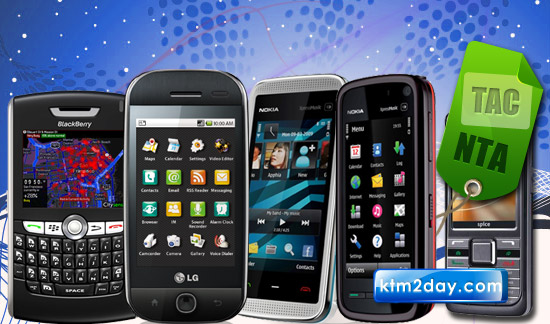 Mobile phone dealers will be able to acquire the type approval certification (TAC) in an easy way for three more months. The government has extended the provision that does not require mobile dealers to submit some important documents for getting the certification for import and sales of cell phones in the local market.

The Nepal Telecommunications Authority (NTA), bowing to pressure from cell phone importers, had relaxed the TAC requirements four months ago for a temporary period of four months. The temporary provision has made optional the submission of important documents such as safety certification of the manufacturer and type approval certificate issued by an international regulator.

The temporary provision has been extended until April 27, 2013 based on the instruction of the Ministry of Information and Communications, according to NTA. As per the Telecommunication Act 1997, TAC is mandatory for each mobile phone model entering domestic market. The certification declares that the particular cell phone model meets the minimum regulatory, technical and safety requirements.

NTA officials said they were forced to extend the temporary provision due to the delay in revising the TAC guideline amid the absence of NTA chairman. Mobile dealers have long been accusing the Communications Ministry, Finance Ministry and the NTA of making TAC strict and hurting their business. Some traders have even demanded annulment of the provision, terming it an ‘administrative hurdle’.

However, NTA officials said TAC requirements could be made flexible as a permanent solution, but cancellation was not possible. A committee under NTA Director Ananda Raj Khanal is reviewing the existing TAC guideline for necessary amendments. “We will complete the study and come up with suitable recommendations by the end of the time added to the temporary provision,” said Khanal.

As an impact of the temporary relaxation in TAC requirements, the trend of obtaining TAC from NTA has increased significantly in the current fiscal year compared to past years. But dealers of many brands, including internationally recognised Apple, Sony and HTC, have not received TAC for any of their models. Such brands are being sold freely in market despite NTA warning.

According to Khanal, if a model lacks TAC, it is listed as unauthorised for the local market. “Brands like iPhone are entering the market due to the failure of customs offices to stop them at customs points,” he said. About two weeks ago, NTA issued a public notice asking mobile traders to acquire TAC for each model or face action.

Even though TAC has been mandatory since 2008, the government started implementing the provision strictly only from the beginning of this fiscal year to control illegal import and discourage sales of substandard mobiles. NTA officials said mainly poor quality Chinese handsets enter the local market without TAC.

Annually, over 2 million cell phones worth more than Rs 12 billion are imported and sold in the local market. It is estimated that around 20 percent of local demand is addressed by cheaper Chinese cell phones and a majority of them enter the market through grey channels.

“It is true that illegal import has increased after making the TAC provision strict,” said an NTA official. He said despite free sales of unauthorised handsets, NTA has not shown interest in market monitoring. Market monitoring is listed as one of the major tasks in NTA’s annual plan for the current fiscal year. But the authority has not inspected the market so far, citing lack of workforce.