Tata Motors’ presence at this year’s Auto Expo 2018 was highlighted by the unveiling of the Tata H5X or as we know now is going to be called the Harrier.

Tata Motors has announced that the all-new SUV will be launched in the early months of 2019. Tata Harrier’s seven-seat version will follow, which is internally called H7X. When launched, the Harrier will compete with the likes of Jeep Compass.

Tata Motors has grown up a lot with its car design and overall performance, starting with Tata Tiago, Tigor, and has completely transformed its image. Tata Harrier will boast of a new SUV design, compared to other Tata SUVs. It gets sleek LED DRLs (daytime running lights), chunky bumpers and a large grille. Tata Harrier features ORVMs with integrated turn indicators and flared wheel arches that house large alloy wheels. Once launched we expect the Harrier to get 17-inch alloy wheels, like the Hyundai Creta. Although we wouldn’t be surprised if Tata chose the larger 18-inch alloys instead.

Tata Harrier will be underpinned by a new platform which Tata Motors calls the Optimal Modular Efficient Global Advanced Architecture or Omega Arc. This new platform has been derived from the Land Rover LS550, which underpins the Land Rover Discovery Sport. This will be the first time tech from Land Rover will be infused with Tata cars. The chassis is expected to be very off-road capable and will help Tata Harrier deliver good results both on and off-road. 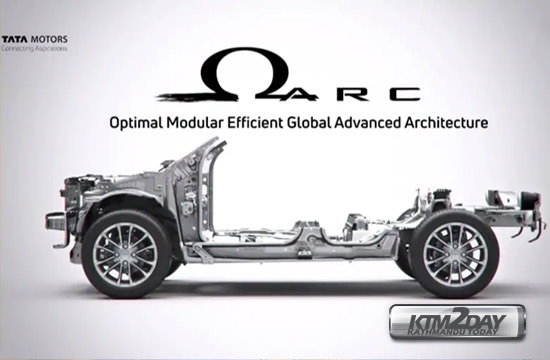 Tata Harrier is also expected to share the Discovery Sports’ 2,741mm wheelbase. Just like Land Rover Discovery Sport, it is capable of 4×4 drivetrain along with off-roading capabilities.

According to Tata designers, the final product will be similar to their concept and sketches with their latest Impact Design 2.0 design language. Styling includes wheel arches, slim headlights, high set LED tail-lamps, and front and rear centre armrests.

A diesel engine from Fiat Chrysler Automobiles’ will be used in Harrier. A new four-wheel-drive system has been developed by Tata for the model and will offer an engine with multiple drive modes. This feature is available on Revotron and Revotorq series of their engines.

The new SUV from Tata Motors will also feature Sports rear AC vents and Sunroof. Harrier would be the first SUV in its segment to boast Sunroof.

In terms of other features, touchscreen infotainment system, steering-mounted buttons, memory function for the front seats along with front parking sensors and a reversing camera are few to count on.

The SUV with a five seat variant is expected to be launched in Indian market by Jaunary next year.