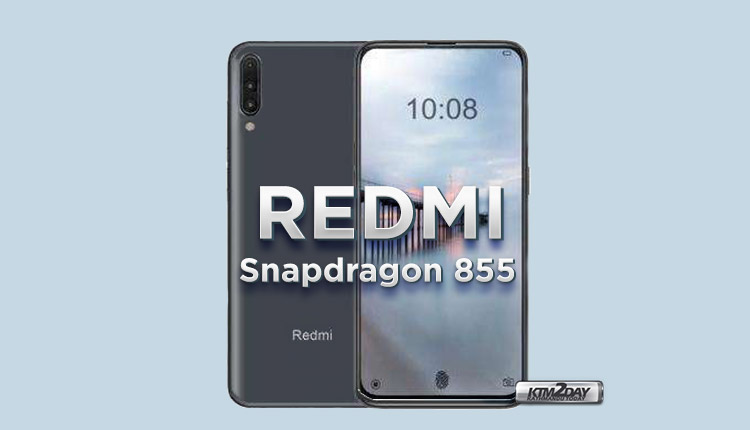 Redmi is planning to launch a device with Snapdragon 855 SoC and some high-end feature that were till now found only in expensive devices.

Earlier in February, Xiaomi CEO Lei Jun confirmed that there will be a flagship smartphone with Snapdragon 855 chipset under the Redmi brand.

Again a month later in March, Redmi’s President Lu Weibing also confirmed through a Weibo post that Redmi will release a device with a Snapdragon 855 processor later this year.

So the Weibo post further revealed that the CEO is with the Redmi team at the research and development center in Shenzhen. The team met to discuss the brand’s future positioning, marketing strategy, user needs and key product configurations of the Redmi brand.

Weibo post mentioned that the company has high expectations regarding Redmi Note 7 Pro and Redmi SD855.

At this time, there is no information available on Redmi Snapdragon 855 chipset devices. There are rumors that it may be called Redmi Pro 2.

That said, and since we’re talking about affordable flagships devices, Xiaomi is expected to launch the Poco F2 smartphone as the successor to Poco F1 that was released last year. The Poco F1 was released as the Snapdragon 845 chipset. It is actually the cheapest device to use this processor. There is the possibility that the Poco F2 with the Snapdragon 855 to launch this year. According to the information, the top of the range Redmi will feature a Pop-up camera . So we can believe that these images can bring a dose of truth.

In the images we see a smartphone with a camera po-up in the corner of the device, 3 rear cameras and biometric sensor on the screen. At least two of these three pieces of information seem to coincide with the latest leaks about this upcoming flagship smartphone.

Further information indicate that the specifications of the proposed smartphone will arrive with a triple rear camera with 48MP + 8MP + 13MP. They also report that the 6.39 inch screen with FullHD AMOLED display as a possibility. That is, a in-display fingerprint sensor on the screen is more than expected.

As far as selfie camera is concerned, phone has taken the leaf out of the Vivo’s book and added a 32-MP pop-up selfie camera on the top edge of the phone. The placement of the selfie camera, as per the leaks, is also similar to the one seen on the Vivo V15 smartphone.

Other details regarding the external storage options and battery size have not been revealed. The operating system is likely to be MIUI 10, based on Android 9 Pie. The phone would come with a gradient finish like the ones on the Redmi Note 7 and redmi Note 7 Pro.

The Redmi Snadragon 855 flagship smartphone is speculated to cost around $300, same as the Poco F1 launched last year.