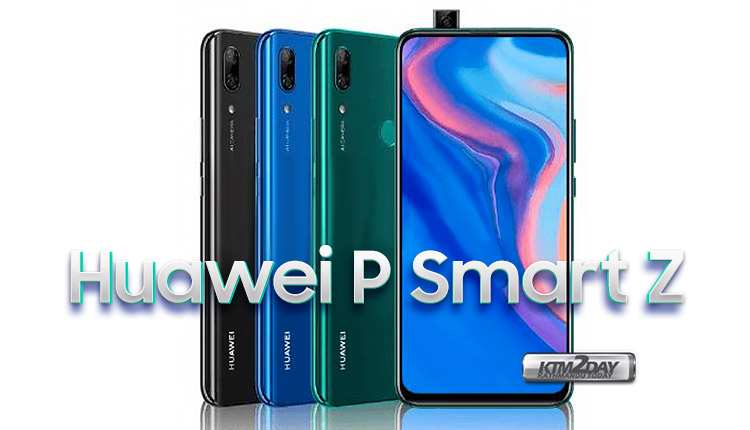 Huawei introduces the P Smart Z , the first smartphone of the company with a pop-up camera. It follows the trend that Chinese competitors Oppo and Vivo have started. With a suggested retail price in the budget category, the P Smart Z is equipped with a large battery, dual rear camera and 6.59-inch display.

The Huawei P Smart Z is equipped with a fairly large display, made possible by the pop-up camera. While Huawei chose a water drop notch for most of the models launched last year, this is now the first model with the extendable front camera. The front camera itself has 16 megapixels with an f / 2.0 aperture. The pop-up camera makes a large display possible with a size of 6.59-inch. According to our data, this “Ultra Fullview” screen has a FullHD + resolution of 2340 x 1080 pixels and the pixel density is 391 ppi. The aspect ratio is 19.5: 9, the same as the P Smart (2019) that was introduced at the end of last year.

On the inside, the P Smart Z is equipped with the octa-core HiSilicon Kirin 710 chipset. This is the usual Huawei chipset in this category and is manufactured with 14 nanometer process. With this chipset 4 powerful cores work at 2.2 GHz while the 4 efficient cores achieve a clock speed of 1.7 GHz. Furthermore, the P Smart Z is equipped with 4GB RAM, 64GB internal storage space and a fairly large battery with 4000 mAh capacity. For comparison, the Huawei P30 has a 3650 mAh battery. The storage space can also be expanded with an external memory card of up to 512GB. 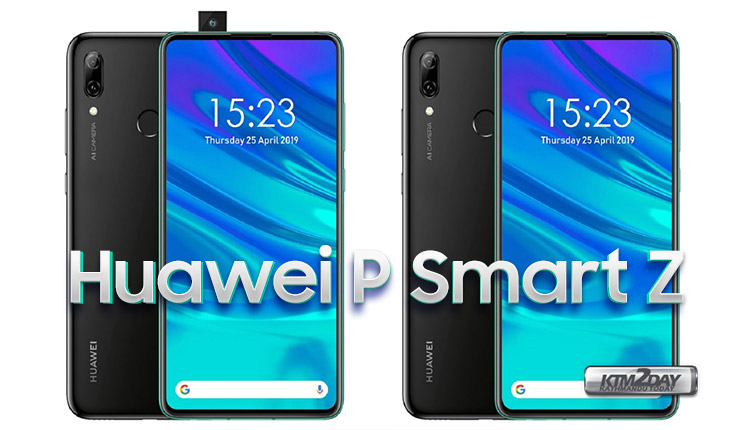 On the images above we also see the fingerprint scanner on the back. Although the images are not too clear, the leaked renders confirm that there is no in-display fingerprint scanner. However, Huawei has retained the 3.5mm headphone jack for this model. The main camera at the rear consists of a dual camera; a combination of 16 + 2 megapixel sensors. These have an aperture of f / 1.8 and f / 2.4, respectively.

The total dimensions of the P Smart Z are 163.5 x 77.3 x 8.9 with a weight of 197 grams. The smartphone comes with Android 9.0 Pie from the box. The new Huawei smartphone is expected to be sold for a suggested retail price of approximately 210 euros. The device will then be available in the colors Midnight Black (black), Emerald Green (green) and Sapphire Blue (blue).