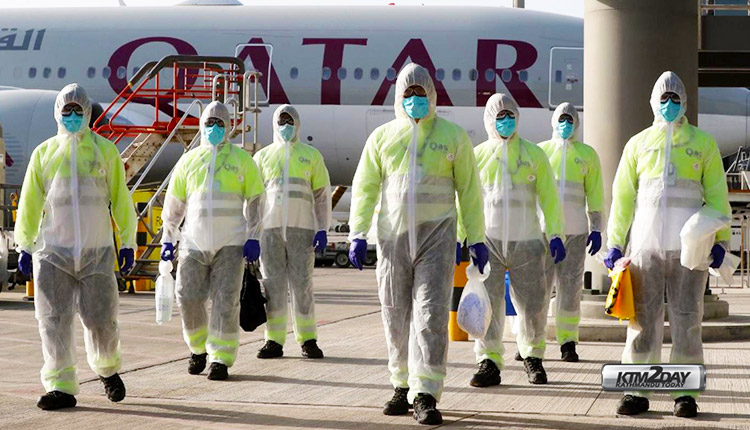 Scores of unsuspecting migrant workers were expelled by Qatar after being informed that they would undergo examination for the new coronavirus, Amnesty International has found. Doha has denied the allegation.

Qatari police apprehended hundreds of Nepalese men last month and illegally expelled them from the country, according to 20 men interviewed by the rights group. The migrant workers were told that they were going to tested for COVID-19 and returned to their accommodation afterwards.

Testing for COVID-19 turned out to be an attempt to mislead the men who were instead detained for several days before being airlifted to Nepal.

Qatari authorities rounded up and expelled dozens of migrant workers after telling them they were being taken to be tested for #COVID19. None of the men we spoke to had received any explanation for why they were treated this way. https://t.co/Tjr7zisLzh

“None of the men we spoke to had received any explanation for why they were treated this way, nor were they able to challenge their detention or expulsion,” said Steve Cockburn, Amnesty International’s deputy director of Global Issues. “After spending days in inhumane detention conditions, many were not even given the chance to collect their belongings before they were put on planes to Nepal.”

In his remarks Cockburn called on the Qataris to “urgently pay the salary and employment benefits they are owed.”

In their response to the claims of deception and unlawful expulsion, Doha said that the repatriated migrant workers had been found to be “engaged in illegal and illicit activity” uncovered during inspections carried out to halt the spread of COVID-19.

“Individuals found trafficking in illegal and dangerous goods were repatriated to their country of citizenship, in line with Qatar’s legal system,” said the State of Qatar.

Rejecting the allegations, Doha further said that the men had been found selling “dangerous food goods that could seriously threaten the health of people if consumed”, adding that “there are currently over 400,000 citizens of Nepal residing and working in the State of Qatar. Every one of them has access to free Coronavirus testing, and those that test positive receive the highest quality of medical care at no cost.”

This is the latest in a number of reports by Amnesty concerning migrant workers in Qatar. Last year it published a damning new investigation into the failure of Doha to deliver on promises made to end the abuse of migrants.