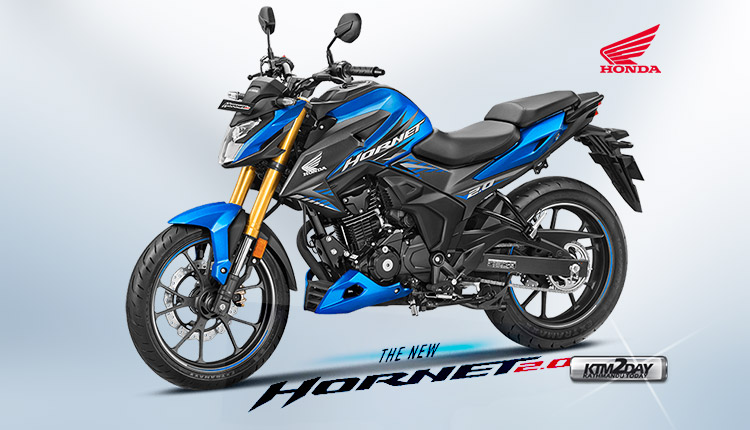 Honda’s official distributor Syakar Trading has brought another new model Hornet 2.0 in Nepali market  just a month after launching H’nes CB350. Honda has stated that the new Hornet 2.0 is currently being tested for nepali roads.

Syakar Trading, which is currently receiving customer feedback, has informed that it will start selling it after some time. Hornet 2.0, which went public in the Indian market last year, could not come to Nepal due to Covid 19 pandemic. The much talked about Hornet 2.0 has arrived at Honda’s Kantipath showroom in Kathmandu.

The new Hornet 2.0 replaces the CB Hornet 160R model which used to be Honda’s one of the highest selling motorcycles. The Hornet brand was known for its aggressive styling and good performance. The new Hornet 2.0 plans to take that to a new level. Honda Hornet 2.0 has 184 cc single cylinder, liquid cooled FI BS6 engine. The engine generates a maximum of 17.03 Nm of power and 16.10 Nm of torque at 8500 rpm. It has a 5-speed gearbox. It has a 12-liter capacity fuel tank and the company claims that it has a mileage of 40 kilometers per liter.

The company has designed the Honda Hornet on a new platform. It uses a diamond frame with golden upside down forks on the front and mono-shock suspension at the rear. The company has equipped the new Hornet with all digital console. It also has a battery vault meter. Features like double petal disc brakes, single channel ABS, golden color upside down forks, mono-shock suspension, chain shield , LED headlamps and taillamps are available in the new Hornet 2.0.

The Golden USD fork variant in Honda 2.0 is the first feature of this segment. It also has the widest tires available in this segment. 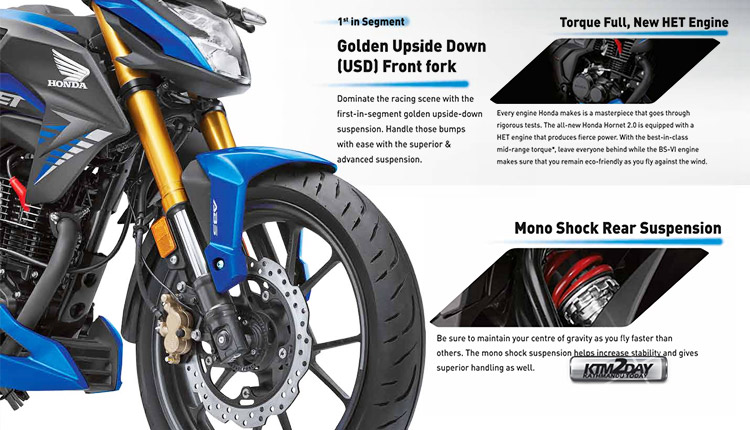 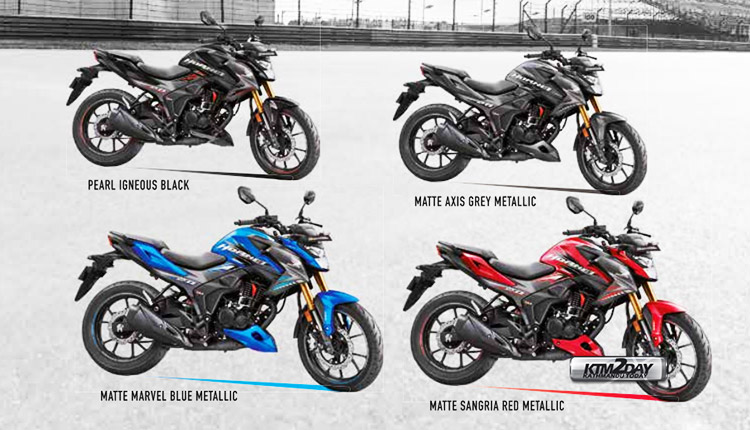