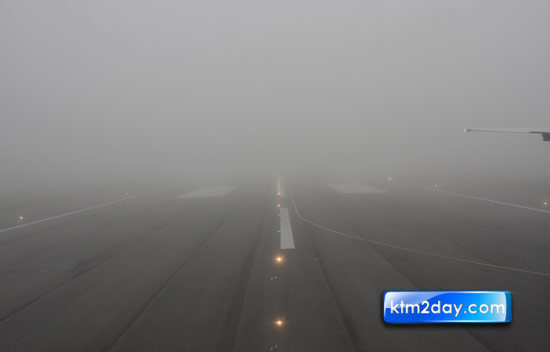 Poor visibility due to dense fog in the Kathmandu Valley diverted some and delayed other flight operations at the Tribhuvan International Airport today.

Similarly, flights of Bahrain Air and Spice Jet were also delayed due to weather.

According to the NAC official, the airlines took off to Bangkok at 2:30 pm, late from its schedule of 11:10 am. The international airport on an average receives 60 flights in a normal day and but till the evening today, it received around a little over than half — 35 to 40 — flights.(Source:THT)