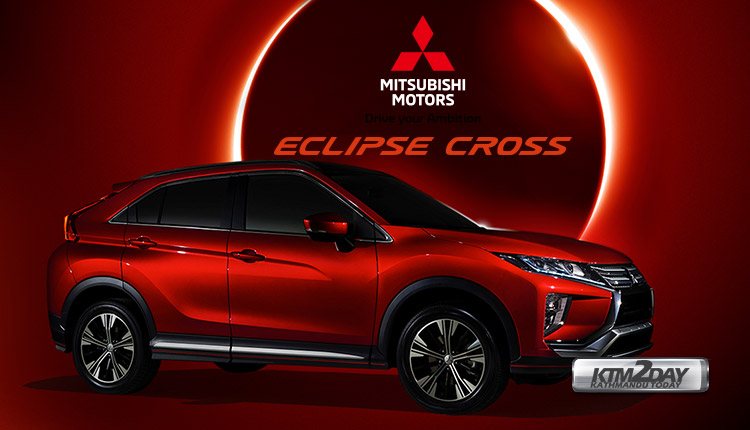 Nissan after purchasing a majority of stake in Mitsubishi began to breathe new life into the brand, with the promise of some exciting new products. Hence, the Eclipse Cross was born to keep up with bigger car companies and to revive Mitsubishi’s grip in the automotive market. The Eclipse Cross builds on the looks of the recent Pajero Sport but brings a distinctive wedge-like profile and a tapered rear end similar to that of a coupe.

This rear end also features a back window split by a rear spoiler that integrates full-width lighting, in a similar approach to the original Honda CR-X, and more recently, the Toyota Prius.

The Eclipse Cross is available in ES, LE, SE, and SEL trims. The base ES comes standard with fog lights, LED taillights, 16-inch alloy wheels, Bluetooth connectivity, and a multi-function steering wheel. It also has a 7-inch touchscreen infotainment system and a USB port, which is prominently placed in the middle of the console for easier access.

Another element that probably propels the Eclipse Cross to the top of the small mid-size SUV class is its new engine and transmission. The SUV gets an automatic transmission with S-AWC (Super All-Wheel Control) system, and three driving modes – Auto, Snow, and Gravel. With a futuristic styling and compact proportions, the Eclipse Cross will be a Jeep Compass rival and will come with a host of features including a panoramic sunroof, 7-inch display with smartphone connectivity with touchpad controller, Head-Up Display (HUD), Mitsubishi Connect and a lot more. Internationally, the Eclipse is also equipped with heated rear seats.

The front get H shaped grille along with new sharp looking LED headlamps, which extend towards grille. The fog lamps are placed vertically and the company has given skid plates at front and rear. The Mitsubishi Eclipse Cross gets black plastic cladding across the body for SUV look. In its side profile, the crossover looks really good as the coupe roofline makes Eclipse Cross stand out from other crossover models. The rear design is unique as the company has given vertically placed tail lamps and bumper gets dual tone finish.