Oppo originally intended to present the successor to its Find X at the MWC 2020. Canceled by the city of Barcelona with the looming threat of the COVID-19 coronavirus, Oppo officially postponed the presentation of the long-awaited Find X2 until Wednesday, March 6 .

The Chinese phone manufacturer initially wanted to take advantage of the MWC event to officially present its new smartphone, the Find X2 on February 22. As a result, the firm had to postpone this long-awaited presentation to March 6, 2020. Brian Shen, Vice President of Oppo and responsible for its marketing branch, took the opportunity to confirm that the new “ flagship” will have a screen with a 3K resolution (more than what he had announced himself a few weeks ago) and a refresh rate of 120 Hz .

Oppo through its official Weibo account has denoted that the Find X2 will be made available in basic and Pro variants. 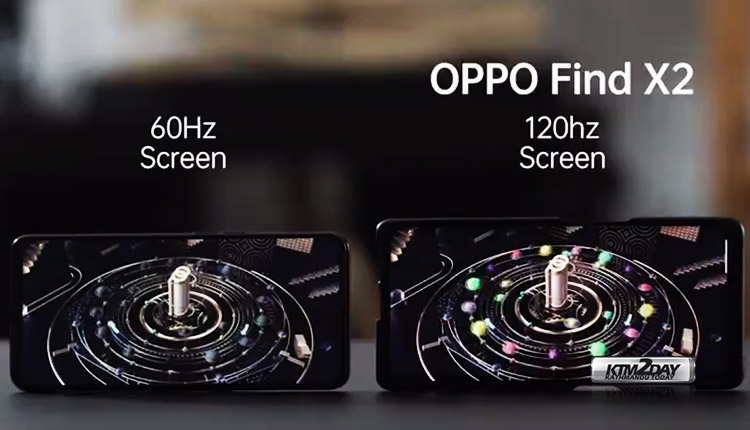 The Oppo Find X2 will be the first device from the company to sport a Qualcomm Snapdragon 865 , compatible with 5G . As for the rest of the details, the leaked information from its Vietnamese official website denote that to take advantage of its flagship processor, the successor to the Find X released in 2018 would thus have 256 GB of storage coupled with 8 GB of RAM . The device will run on Android 10.

The device will feature a 6.5 inches AMOLED screen with a refresh rate of 60Hz or 120 Hz, and of brightness, estimated at 1200 nits. This display screen will feature a Gorilla Glass 6, manufactured by Corning .

On the camera side, the Find X2 would be equipped on the rear with three cameras: the main sensor with Sony’s IMX689 – 48 Megapixels, 8 MP and 13 MP . At the front for selfies, the smartphone would have a 32 MP front hole punch camera .

Finally, in terms of battery, the Find X2 would arm itself with a 4065 mAh battery. The device supports wireless charging of 30W Wireless VOOC Flash Charge that was introduced back in September, while the wired charging 65W SuperVOOC 2.0 was already confirmed by the company VP.

The Find X2  is expected to be released on March 6 when we will find out all the details of this flagship device officially.