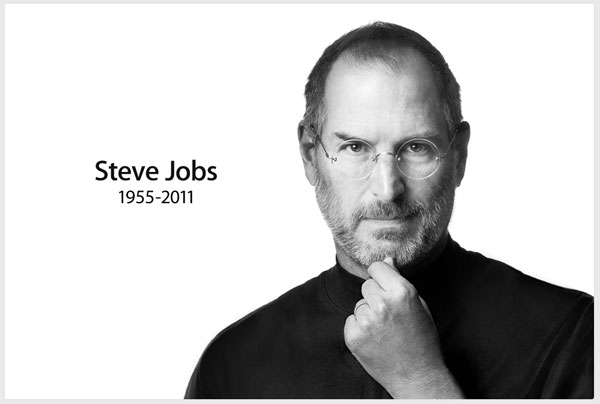 World and business leaders have been paying tribute to Apple co-founder Steve Jobs, who has died at the age of 56 from pancreatic cancer.

Microsoft’s Bill Gates said it had been “an insanely great honour” to work with him. Facebook founder Mark Zuckerberg remembered his “mentor and friend”.

The Twitter microblog site struggled to cope with the traffic of tributes.

Apple itself said Mr Jobs had been “the source of countless innovations that enrich and improve all of our lives” and had made the world “immeasurably better”.

Thousands of celebrities and ordinary people went on Facebook, Twitter and YouTube to record their tributes and memories of the man behind products such as the iPod, the iPhone, the iPad.

The death of Mr Jobs could create a record for Twitter traffic.

Thousands of people all over the world have also been attending Apple stores to leave flowers, notes, and apples with a bite taken from them to mimic the company’s logo.

Apple’s leading rivals such as Microsoft, Google, Sony and Samsung all chipped in with glowing tributes.

GS Choi, chief executive of Samsung, which is embroiled in a major court battle with Apple on patents, said Mr Jobs was an “innovative spirit” who “introduced numerous revolutionary changes to the information technology industry”.

In his statement, Bill Gates said: “The world rarely sees someone who has had the profound impact Steve has had, the effects of which will be felt for many generations to come. For those of us lucky enough to get to work with him, it’s been an insanely great honour.”

Mr Zuckerberg wrote on Facebook: “Steve, thank you for being a mentor and a friend. Thanks for showing that what you build can change the world. I will miss you.”

His comments were “liked” by more than 200,000 people within hours.

In his own tweet, Barack Obama wrote: “There may be no greater tribute to Steve’s success than the fact that much of the world learned of his passing on a device he invented.”

Tim Cook, who was made Apple’s CEO after Mr Jobs stood down in August, said his predecessor had left behind “a company that only he could have built, and his spirit will forever be the foundation of Apple”.

UK Prime Minister David Cameron said: “Steve Jobs transformed the way we work and play; a creative genius who will be sorely missed.”

New York mayor Michael Bloomberg said the US had “lost a genius who will be remembered with Edison and Einstein”.

People also gathered outside Mr Jobs’ home in California’s Silicon Valley to lay floral wreaths, while flags were flown at half mast outside the Apple headquarters in Cupertino, California.

A statement from Mr Jobs’ family said they were with him when he died peacefully on Wednesday.

“In his public life, Steve was known as a visionary; in his private life, he cherished his family,” they said, requesting privacy and thanking those who had “shared their wishes and prayers” during his final year.
Face of Apple

Mr Jobs built a reputation as a forthright and demanding leader who could take niche technologies – such as the mouse and graphical user interface, using onscreen icons rather than text – and make them popular with the general public.

He introduced the colourful iMac computer, the iPod, the iPhone and the iPad to the world. His death came just a day after Apple unveiled its latest iPhone 4S model.

With a market value estimated at $351bn (£227bn), Apple became the world’s most valuable technology company.

More than almost any other business leader, Mr Jobs was indistinguishable from his company, which he co-founded in the 1970s.

As the face of Apple, he represented its dedication to high-end technology and fashionable design.

And inside the company he exerted a level of influence unheard of in most businesses.

In 2004, Mr Jobs announced that he was suffering from pancreatic cancer. He had a liver transplant five years later.

In January, he took medical leave, before resigning as CEO in August and handing over his duties to Mr Cook.

In his resignation letter, Mr Jobs said: “I believe Apple’s brightest and most innovative days are ahead of it. And I look forward to watching and contributing to its success in a new role.”

However, Mr Jobs stayed on as Apple’s chairman.

Despite his high profile, he remained fiercely protective of his private life.

He married his wife Laurene in 1991, and the couple had three children.

Mr Jobs also leaves a daughter from a previous relationship, and as an adult he discovered that he had a biological sister, US novelist Mona Simpson.