Home » Mobile Phones » Vivo » Could this be the cheapest flagship smartphone of 2020 ?

Could this be the cheapest flagship smartphone of 2020 ? Most of the flagship smartphones today manufactured by brands like Xiaomi, OnePlus and Samsung cost somewhere around $1000. So if some manufacturer can provide similar device in terms of more or less the same specification in around half that price, it surely deserves the limelight. And it seems that Vivo’s subsidiary will be able to do that.

IQOO will present on April 23 a more affordable variant of its flagship device iQoo 3, with the name – iQOO Neo 3. This will continue to be a flagship smartphone and will be available at a price that will impress anyone. According to the latest information, it will have a base price of around $425. 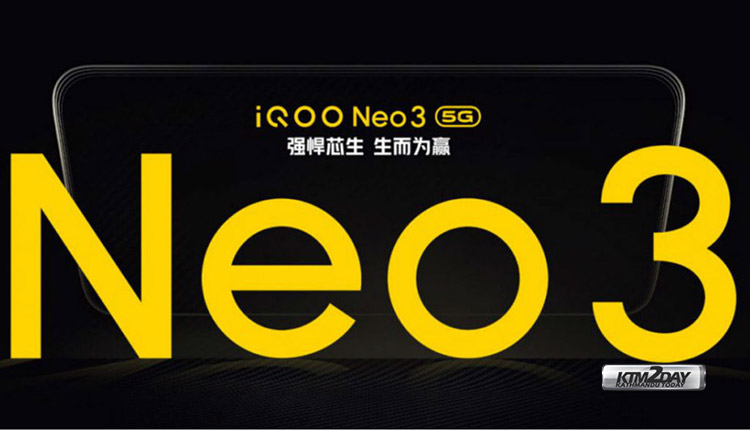 What to expect from the new iQOO Neo 3

Interestingly, the leaked price shows the phone could be the most affordable Snapdragon 865 chipset smartphone. According to a Weibo post, the handset will begin retail at CNY 2,998 ( approx Rs 52,200). This will make it the most affordable Snapdragon 865-powered smartphone in the market. For the price, the phone is also said to pack some really impressive specs, including a really fast display.

According to leaked information, the phone will come with a display capable of refreshing frames at a high speed of 144Hz. Interestingly, this information comes after previous leaks had claimed the phone could come with a 120Hz panel. This will be a big upgrade for the iQOO Neo 3 as previous phones from the company have only come with 60Hz displays. 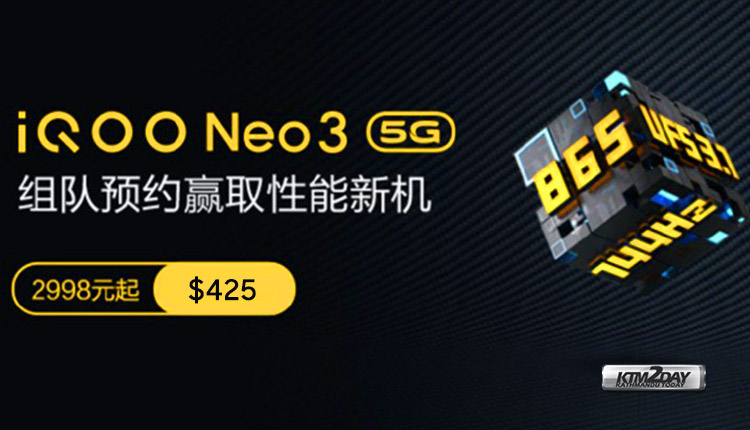 In addition, it is expected to maintain several other features of the iQOO 3, such as its UFS 3.1 internal storage and LPDDR5 RAM.

One of the less impressive points of its predecessor is undoubtedly its cameras. It will be interesting to see if the iQOO Neo 3 will be able to maintain this incredible price and present higher quality cameras.

As for the other specs, the phone is confirmed to get a Snapdragon 865 SoC and is also tipped to come with a 6.6-inch FHD+ display and a punch-hole cutout for the selfie camera. It is also claimed that the iQOO Neo 3 will be equipped with 6GB of RAM and 128GB storage. 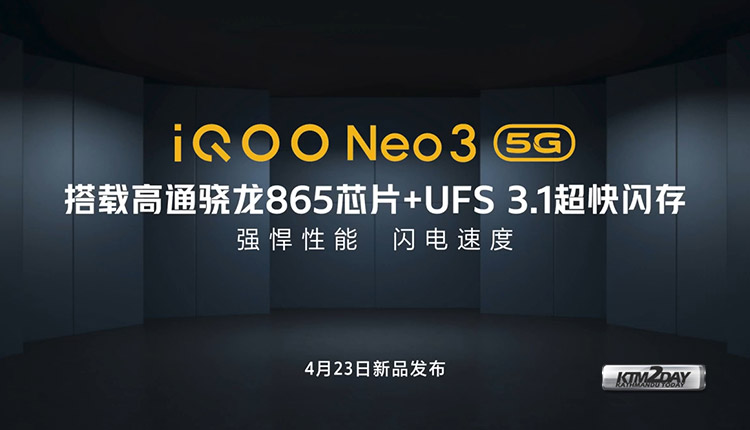 For cameras, the iQOO Neo 3 could get a quad-camera set-up which includes a 48-megapixel main sensor sat next to a 13-megapixel telephoto unit with 10x Zoom, a 13-megapixel super-wide-angle lens with 120-degree FoV and a 2-megapixel macro and bokeh camera. Other features of the phone could include the inclusion of Monster Touch Buttons and 4D Game Vibration’ features, which were introduced with iQOO 3.