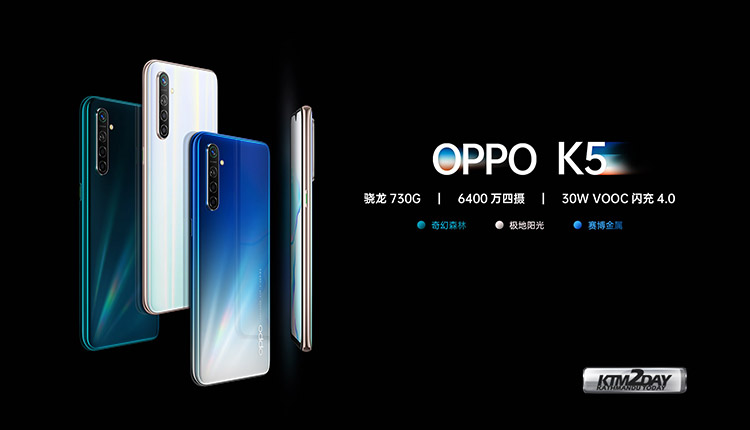 During the event that took place in China, it was not only the top of the Reno Ace that had great prominence. The Chinese manufacturer Oppo also presented its new mid-range Oppo K5. This is a smartphone that will certainly please many users with its great price value with its superb specs.

The highlights of Oppo K5 includes — a quad camera setup, a waterdrop-style notch, an in-display fingerprint scanner, and three gradient back panel options.

The Oppo K5 arrives with a mid-range processor, Snapdragon 730G, the rest of the specs of this smartphone will make its competitors a good reason to envy upon. Although not as fast as the new Reno Ace, the Oppo K5 should take just over 1 hours to charge your battery to 100%. For a mid-range smartphone, it’s an impressive loading speed. 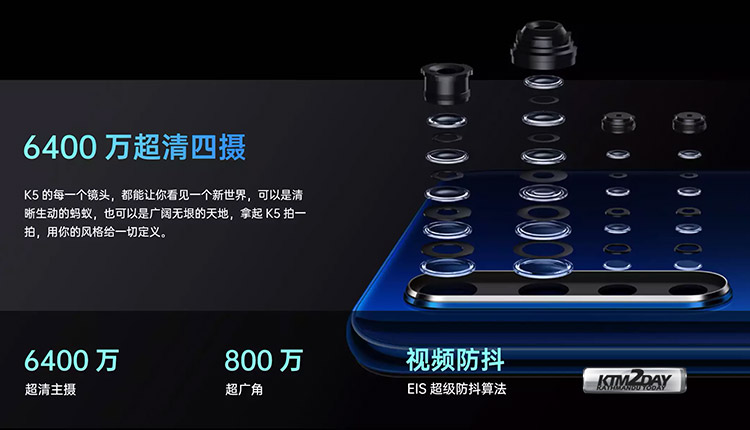 Price and Availability
For now, only details have been revealed for the Chinese market, but they are not surprising. The Oppo K5 will arrive in the market in three memory variants:

There is no official information as to when a global launch of Oppo K5 will take place. However, it is likely not to take too long to become available in the usual online stores, but you should expect considerable inflation when it reaches global markets due to added import taxes.