Mobile PhonesSamsung
By NewsTeam On Feb 27, 2020

The Galaxy S20+ comes with a 6.70-inch touchscreen display with a resolution of 1440×3200 pixels and an aspect ratio of 20:9. The display features a Dynamic AMOLED 2X display, with a pixel count of 525ppi and an Infinity-O hole-punch.

The device is powered by a Samsung Exynos 990 or Qualcomm Snapdragon 865 processor. The LTE version gets 8GB of RAM and 128GB of storage while the 5G variant gets 12GB of RAM and choice of 128GB, 256GB, and 512GB of storage. 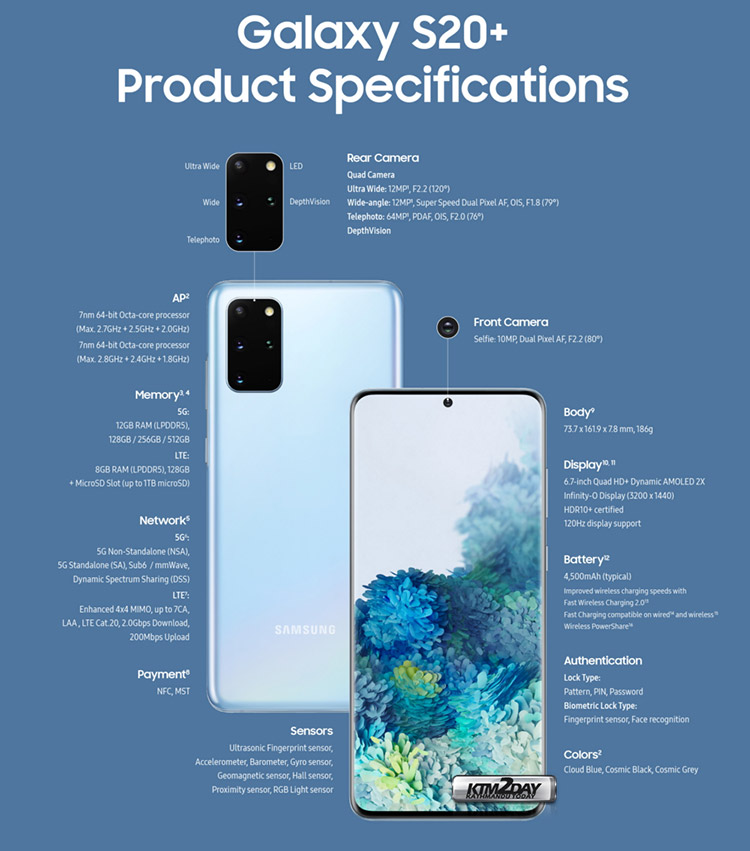 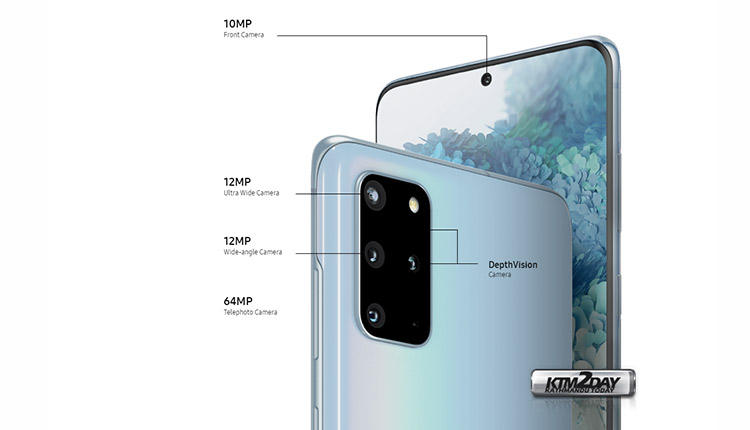 The device is available in Cloud Blue, Cosmic Grey, and Cosmic Black colours. It features an IP68 rating for dust and water protection. It bears a glass body.

Samsung Nepal has launched the Samsung Galaxy S20+ at a price tag of NRs 1,19,499. Interested buyers who pre-order the Galaxy S20+ will get the Galaxy Buds+ free of charge.

Oppo F15 with 48-megapixel camera and VOOC 3.0 launched in Nepal